Shape: The Hidden Geometry of Information, Biology, Strategy, Democracy, and Everything Else 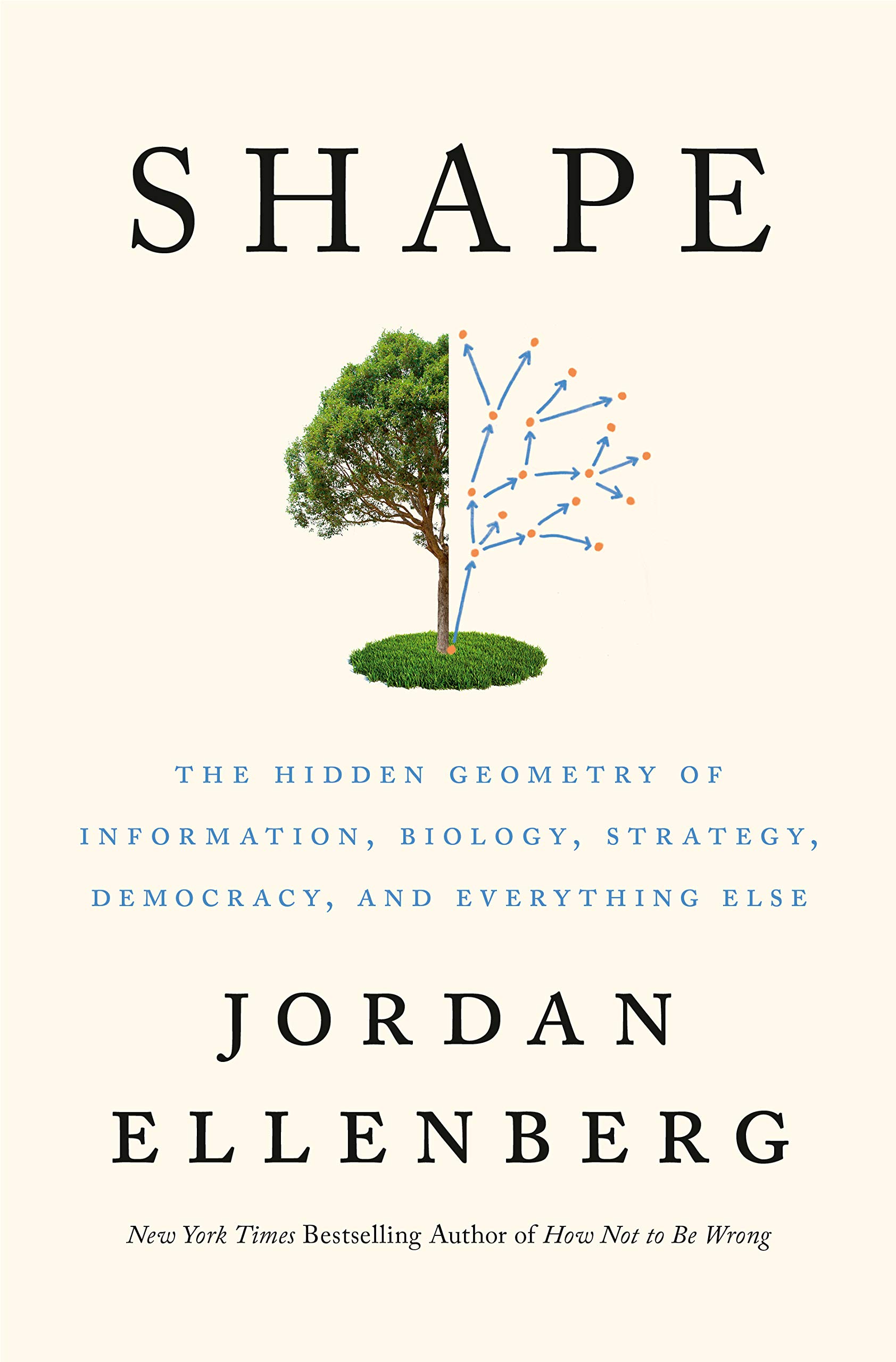 “Unreasonably entertaining….reveals how geometric thinking can allow for everything from fairer American elections to better pandemic planning.” – The New York Times

From the New York Times-bestselling author of How Not to Be Wrong—himself a world-class geometer—a far-ranging exploration of the power of geometry, which turns out to help us think better about practically everything.

How should a democracy choose its representatives? How can you stop a pandemic from sweeping the world? How do computers learn to play Go, and why is learning Go so much easier for them than learning to read a sentence? Can ancient Greek proportions predict the stock market? (Sorry, no.) What should your kids learn in school if they really want to learn to think? All these are questions about geometry. For real.

If you’re like most people, geometry is a sterile and dimly remembered exercise you gladly left behind in the dust of ninth grade, along with your braces and active romantic interest in pop singers. If you recall any of it, it’s plodding through a series of miniscule steps only to prove some fact about triangles that was obvious to you in the first place. That’s not geometry. Okay, it is geometry, but only a tiny part, which has as much to do with geometry in all its flush modern richness as conjugating a verb has to do with a great novel.

Shape reveals the geometry underneath some of the most important scientific, political, and philosophical problems we face. Geometry asks: Where are things? Which things are near each other? How can you get from one thing to another thing? Those are important questions. The word “geometry,” from the Greek for “measuring the world.” If anything, that’s an undersell. Geometry doesn’t just measure the world—it explains it. Shape shows us how.

What makes geometry different? Somehow it’s primal, built into our bodies. From the second we exit hollering from the womb we’re reckoning where things are and what they look like.

When South American mystics (and their non– South American imitators) drink ayahuasca, the sacred hallucinogenic tea, the first thing that happens — okay, the first thing that happens after the uncontrollable vomiting — is the perception of pure geometric form: repeating two-dimensional patterns like the latticework in a classical mosque, or full three dimensional visions of hexahedral cells clustered into pulsating honeycombs.

Geometry is still there when the rest of our reasoning mind is stripped away.

Most people I’ve asked this question see the answer as obvious. And they are extremely surprised, sometimes even a little aggrieved, to learn that there are people whose obvious answer differs from their own.

The outline of the controversy is quite consistent; the answers “zero holes,” “one hole,” and “two holes” all command substantial support.

Math doesn’t answer this question, not exactly. It can’t tell you what you should mean by the word “hole”— that’s between you and your idiolect. But it can tell you something you could mean, which at least keeps you from tripping over your own assumptions. Let me start with an annoyingly philosophical slogan. The straw has two holes; but they are the same hole.

The Erdős game for movie stars was invented in the 1990s by a bunch of bored college students who observed that Kevin Bacon had seemingly been in a movie with everyone; he was the Erdős of 1980s and ’90s Hollywood. And so you can define a movie star’s Bacon number to be the distance, in the costar geometry, from Kevin Bacon. Just as almost every mathematician has an Erdős s number, almost every actor has a Bacon number.

I happen to have both. My Bacon number is 2, thanks to being in Gifted with Octavia Spencer, who played “Big Customer” opposite Kevin Bacon’s “Jorge” in the 2005 Queen Latifah vehicle Beauty Shop. So my “Erdős-Bacon” number is 3 + 2, or 5. The club of people with an Erdős-Bacon number is pretty small.

What Should Danny Do? On Vacation (The Power to Choose Series)