LONDON, Jan. 12, 2021 /PRNewswire/ — Shackleton, in partnership with Blue Marine Foundation (BLUE), has developed the Antarctic Protector Parka, the world’s first expedition-grade parka engineered from 100% recycled fabrics. Post-consumer plastic bottles have been recycled and repurposed to create the fully waterproof shell and RDS-certified 95/5 800-fill goose down provides insulation down to -25ºC. 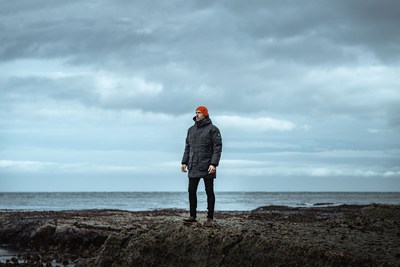 The Antarctic Protector Parka has been developed for BLUE’s field operatives working in Antarctica’s coastal zones which combine some of the wettest, windiest and coldest conditions anywhere in the world. “These notorious conditions set the standard for which all our apparel is developed to perform,” says Martin Brooks, Co-Founder of Shackleton. “We design and engineer expedition-grade apparel for people living and working in the most extreme environments. For Antarctica’s coast, that means seam-sealed waterproofing of minimum 20,000 H/H and insulation to minus 25. We believe the Protector is the first jacket to hit this performance standard using fully recycled fabrics.”

The Antarctica Protector Parka is strictly limited to 100 units, Shackleton will donate £100 to BLUE for every jacket sold.

The Protector Parka collaboration is part of a wider partnership between Shackleton and BLUE to campaign for the protection of Antarctica. Antarctica’s coast is under serious threat: as global warming melts the ice and the waters become more accessible, pressure is mounting from industrial fishing fleets, mining operations and unregulated tourism, threatening vital feeding grounds and habitats for thousands of species.

“Antarctica is our spiritual home – it’s where Sir Ernest Shackleton made his name as a polar explorer over a century ago and where our expedition-grade apparel is tested and used today. I’ve seen Antarctica’s jaw-dropping coastal zones first-hand,” says Shackleton co-founder Martin Brooks, “but these crucial environments are under threat in many ways, from over-fishing to mining. The only way to protect and preserve them from further human damage is to grant them the comprehensive MPA (Marine Protected Area) status they so obviously need and deserve.”

‘“It’s even more special to announce this partnership with BLUE on the 99th anniversary of Ernest Shackleton’s death on January 5th 1922. If The Boss were alive today, we’re sure he’d be doing his utmost to preserve this last great wilderness.”

BLUE’S Head of International Projects Rory Moore explains why this is so important.

“The mission is to help protect over four million square kilometres of ocean… without this protection, this pristine habitat and the thousands of species that rely on it are at grave risk.”

Blue Marine Foundation is the NGO leading the fight to create four million square kilometres of Marine Protected Area (MPA), incorporating the Weddell Sea, East Antarctica and the Antarctic Peninsula. Its aim is to protect this critical biodiversity, while mitigating the impacts of climate change and providing areas for crucial scientific research.

Antarctica is home to nearly 10,000 unique and diverse species, including 15 species of whale and five species of penguin. The nutrient-rich waters encourage blooms of plankton and swarms of krill, which form the basis of the entire ocean food chain. Designating the three proposed Antarctic MPAs – the Weddell Sea, East Antarctica and the Antarctic Peninsular – will protect biodiversity, while mitigating the impacts of climate change and providing reference areas for scientific research.

For more information about the partnership and launch of the Protector Parka please head to Shackleton or contact Nigel.Brown@DirtandGloryMedia.com, +447525328 977

Do Prophecies Point to the End of the USA by 2029? In a new book, Bob Thiel cites ancient prophecies and prophetic interpretations to...

Do Prophecies Point to the End of the USA by 2029? In a new book, Bob Thiel cites ancient prophecies and prophetic interpretations to...