ENGLEWOOD CLIFFS, N.J. , April 20, 2022 /PRNewswire/ — StorageBlue, the award-winning leader in self-storage founded by E! Entertainment Network founder Alan Mruvka, is proud to continue their partnership as the official sponsor of the New York Yankees Radio Network for the 2022 MLB season. A New York native, Mruvka grew up in the Bronx & Queens and is a lifelong New York Yankees baseball fan. With 27 championship titles and 40 World Series appearances, the New York Yankees are the most successful team in Major League Baseball history. StorageBlue has also dominated across the New York & New Jersey metropolitan area as the leading fan-favorite self-storage solution. 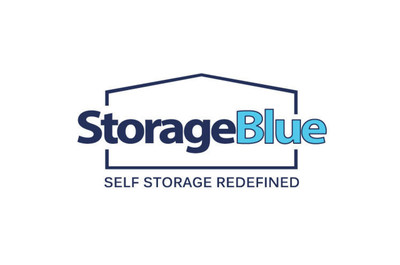 Mruvka was the youngest CEO of a major television network, where he guided E! to the fastest growth of a start-up cable network in television history, followed by launching the breakthrough FX Television Network. This collaboration with the New York Yankees is the next leap for StorageBlue in alignment with their growth strategy of merging lifestyle and pop culture in increasingly innovative ways, with the Yankees among the most recognized brands in the world.

“StorageBlue is honored to partner with The New York Yankees, the premier franchise in professional sports,” says Mruvka.  “I’ve grown up with the team and I’m looking forward to an exciting season with our two winning brands.”

This marks the 2nd year partnering with the Yankees as their official storage company. StorageBlue will be a part of every pitch, big hit & Yankees win while offering baseball fans hassle-free, custom storage solutions.

With eight climate-controlled self-storage facilities located in the densely populated New York/New Jersey Metropolitan Area and twenty more in various stages of development, Mruvka continues to revolutionize the self-storage process and customer experience. He looks to expand his real estate portfolio by acquiring existing self-storage facilities and developing new self-storage buildings. Mruvka led StorageBlue’s award-winning digital superiority with straightforward mobile usability, streamlined online payment management, and state-of-the-art security. At 28, Mruvka was the youngest CEO of a major television network and guided E! to the fastest growth of a start-up cable network in television history. After leaving E!, Mruvka created the groundbreaking FX Television network. He draws upon his decades of leadership in the entertainment business to disrupt a stagnant self-storage industry.