Saskatchewan budget disappoints on all fronts

REGINA, SK, April 6, 2021 /CNW/ – If Saskatchewan’s families were looking for leadership in the latest provincial budget, they will be sorely disappointed, says Unifor. 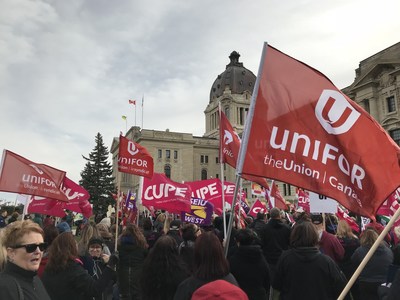 Unifor has been calling for the provincial government to help the province’s most vulnerable with a boost to the minimum wage and employer-paid sick leave but those calls were unanswered in today’s budget.

“Continued inaction by Scott Moe is a formula to stall the economy,” said Gavin McGarrigle, Unifor Western Regional Director. “We’re not satisfied with Sask Party mediocrity. People in Saskatchewan deserve a plan to build back better.”

The Saskatchewan provincial budget makes timid investments in health care and doesn’t fund all of the long-term care promises in the election. Education funding is flat and very little else has been done to boost the public programs and Crown corporations that families rely on, especially during a pandemic.