WORCESTER, Mass., Nov. 28, 2022 /PRNewswire/ — The Rotman collection of Worcester, Central Massachusetts and New England memorabilia is currently being sold in an online auction by Central Mass Auctions. It is one of the largest local Worcester area memorabilia collections in private hands. 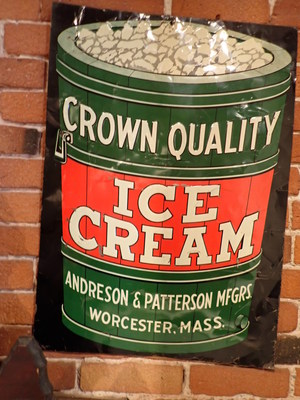 Rotman’s Furniture is closing after 60 years in business, and the family decided to sell their collection of local memorabilia that they have purchased over several decades.

Notable items include the Worcester Worcesters baseball club’s 1880 application for admittance into the National League, along with the acceptance letter from the league office. There are also 19th century tobacco boxes depicting the “Worcester Nine” baseball team.

“Rotman’s Furniture has been an important part of the Worcester community and I am pleased that Central Mass Auctions will be handling the sale of this wonderful collection,” auctioneer Wayne Tuiskula said.

A live preview of the items will be held on Saturday, December 3rd and Sunday, December 4th from 9:00 AM to 3:00 PM at Rotman’s Furniture, 725 Southbridge Street in Worcester. Online bidding ends on Wednesday, December 7th starting at 6:00 PM.