A recent study published in The New England Journal of Medicine outlines the clinical study of using Rivaroxaban or Enoxaparin in non-major orthopedic surgery.

The risk of major bleeding events was not significantly different. 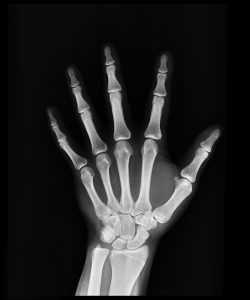 Currently there is a lack of consensus on the use of thromboprophylaxis in patients undergoing no major orthopedic surgery.

PRONOMOS was a double-blind, parallel group, noninferiority trial that included 3,604 adult patients (mean age 41) who underwent orthopedic surgery of the lower limb and received thromboprophylaxis for more than 2 weeks.

How was the study conducted?

Likewise, a study initiated by the Saint-Etienne University Center has compared rivaroxaban with enoxaparin in non-major orthopedic post-operation. A total of 200 sites in 10 countries participated in this study, including 3,604 patients.

The results show a 75% reduction in the risk of major venous thromboembolism with rivaroxaban versus enoxaparin. Furthermore, the use of rivaroxaban has not been associated with an increased risk of major or minor bleeding.

This international, randomized, non-inferiority study was conducted in a double-blind parallel group. At the investigator’s decision, patients at risk for venous thromboembolism received rivaroxaban (10 mg orally) or enoxaparin (40 mg / 0.4 ml or 4,000 IU subcutaneously) once daily.

Main results of the study

Treatments were administered for 28.6 days on average and the median follow-up after treatment was 33 days in both groups.

Among all patients, 0.2% of rivaroxaban patients and 1.1% of enoxaparin patients had a major venous thromboembolic event.