NEW YORK, June 15, 2021 /PRNewswire/ — Robert F. Kennedy Human Rights partnered with the Tribeca Film Festival to debut the works of four student finalists from its Speak Truth to Power video competition on Wednesday. The showcase of new talent kicked off Tribeca’s 20th anniversary celebration, the first major North American film festival to be held in-person since the pandemic, heralding a return to live entertainment in New York and beyond. 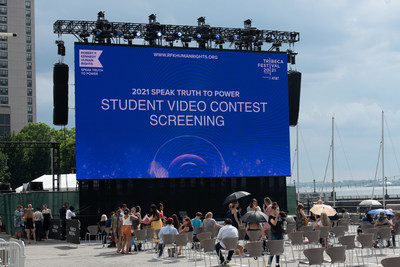 The annual Speak Truth to Power video contest encourages middle school and high school students to become engaged in key human rights issues through creative storytelling. The contest is designed so that students from all backgrounds, particularly those from low-income communities, can participate without needing expensive equipment or prior video editing skills.

The Grand Prize winner was Kristen Wang, an 11th grade student from Thomas S. Wootton High School in Rockville, Maryland, for her video, “Fruits of Our Labor.” The short film traces the everyday exploitation of farm workers told through the experience of Librada Paz, a Mexican immigrant who picked fruits and vegetables along the East Coast for over a decade to financially support her studies. In 2012, Paz was given the RFK Human Rights Award, the premier prize for human rights defenders around the globe, for her work with the Rural and Migrant Ministry to advance the rights of farm workers in New York State. In 2019, after nearly a decade of advocacy work, RFK Human Rights and its coalition of partners, including Paz, helped pass the Farm Workers Bill in New York State, establishing protections for farm worker rights and ensuring equitable housing and working conditions.

“We’re honored to team up with the Tribeca Film Festival to debut the work of our talented Speak Truth to Power video finalists,” said Jenny Girardi, arts program manager of RFK Human Rights’ Speak Truth to Power program. “The arts have always been a powerful way to stimulate understanding and empathy, community building, and self-expression. As our young filmmakers explore what it means to be a human rights defender, we hope they will become even more engaged in the issues that affect their communities and continue to build bridges through the power of storytelling.”

“The RFK Speak Truth to Power contest has encouraged our students to explore how impactful one person’s actions can be when they speak out against injustice,” said Meredith Baldi, an educator from The George School. “By speaking directly with the people that they’ve chosen to profile and thinking collaboratively about how to tell the story of human rights defenders in a compelling way, our students have become much more optimistic and excited about the idea that one person really can make a difference in the lives of others.”

For more information on RFK Human Rights and its Speak Truth to Power human rights education program, visit RFKHumanRights.org. And for more on the 2021 Tribeca Film Festival, visit tribecafilm.com/festival.

Robert F. Kennedy Human Rights
We are a nonpartisan, not-for-profit organization that has worked to realize Robert F. Kennedy’s dream of a more just and peaceful world since 1968. In partnership with local activists, we advocate for key human rights issues—championing changemakers and pursuing strategic litigation at home and around the world. And to ensure change that lasts, we foster a social-good approach to business and investment and educate millions of students about human rights and social justice. 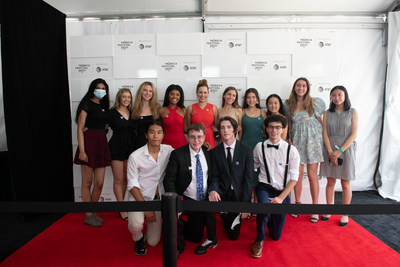