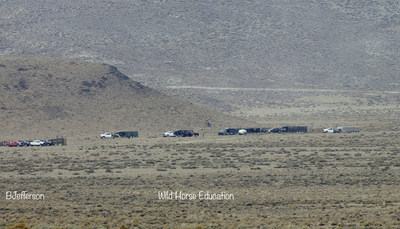 Last month the organizations filed a complaint in the same district court against the lack of public process and science-based information incorporated into the 2017 Environmental Assessment (EA), the “ten year Gather-EA,” the agency is using to do multiple roundups in the 2 million acre complex zone. (case number: 2:22-cv-01200)

The current operation targets 800 burros and 200 wild horses. A roundup in the same complex in 2020 captured 1,653 wild horses and 220 wild burros. The organizations state;  BLM has failed to create open and transparent management planning, with a lack of current data and a failure to incorporate the use of  modern day science.

Manda Kalimian of Cana Foundation states, ” As American citizens we are entitled to have a voice as to the process and a right to transparency of the actions of our federal government. Without the use of modern day science and transparency, our government is ignoring their obligation to the American tax payer.”

On the first day of operations BLM reported that 174 wild burros were captured, nearly 25% of the targeted goal. Four burros were roped and a one broke her neck. Observers were placed more than a mile from the trap location, for most of the day. The trap was blocked with trailers, moving the burros to a temporary corral that will be off- limits to public observation, preventing observers to witness for themselves these reports.

The burros will be shipped from the temporary corrals to an off-limits holding facility. Once again, hidden from observation.

“It is becoming increasingly common for BLM, particularly BLM in Nevada, to hide their activities from observers. Therefore denying us our first amendment rights as guaranteed by the constitution.” States Laura Leigh of Wild Horse Education.

“An open government has been a hallmark of our democracy since our nation’s founding,” U.S. District Judge Michael Simon wrote when finalizing his order to stop federal police from arresting or assaulting journalists and legal observers for doing their jobs during the Portland riots, citing precedent from the Ninth Circuit case Leigh v. Salazar. “When wrongdoing is underway, officials have great incentive to blindfold the watchful eyes of the fourth estate. The free press is the guardian of the public’s interests and the independent judiciary is the guardian of the free press.”

The groups state that their relationship to the land, wild horses and burros and wild species, is an essential part of public process guaranteed by the U.S. Constitution. The U.S. Constitution also guards the public’s “right to know.”

The groups remain committed to exposing the deficits in the BLM on range program, wild horse and burro management, and their work to bring science and proper management tools into a reality. 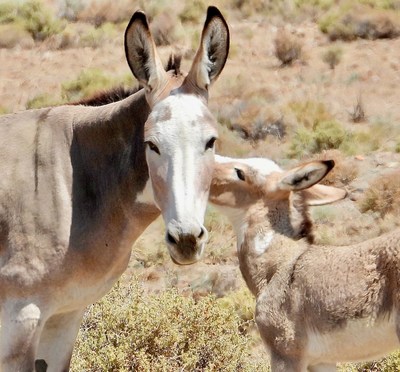