My take on Remnant: From the Ashes

Remnant: From the Ashes, from it’s announcement, was a game I had been keeping my eyes on. This Dark-souls like game decided to change the image of the genre with some interesting mechanics, weaponry, and changes in replay-ability that could make it one of the most interesting of it’s genre.

After dedicating four full playthroughs and nearly gaining every achievement I can firmly say that this game is one you need to pick up if you are a fan of the genre. From what I have experienced I would soundly say that this game is an 8.7 out of 10 and even though I think very highly of this game it is not without its faults. Throughout my experience I had felt great highs and lows. I would like to bring attention to the pros and cons that I came across in the areas of mechanics, story, and equipment.

First, the basics of the game which comes with its mechanics. Overall, this game felt smooth with fair mechanics. Over my four playthroughs there was never really a moment where I couldn’t figure out how I got hit.

By nature this game is very punishing towards the player, but it never feels unfair. The “I frames” are very noticeable and learnable for the player. Which brings a fair skill based feel when tackling a fairly difficult game.

The game allows you to set a loadout that one may change at any point, which includes four consumables, a primary, secondary, and melee weapon. The downside is that in typical dark souls fashion “pausing” the game does not stop the enemies from coming to end your existence. This brings an interesting aspect of knowing the area you are in and what are potential dangers to you in the given situation.

The game also brings in a very interesting addition which is a randomized campaign. The full game is not randomized so there will still always be the main plot that follows a linear method. The randomized aspect comes in the form of what bosses and random events that can be found during each playthrough. This aspect was implemented very well as to that the world also grows with you.

As you upgrade your character and weapons the resources you require change and under normal gaming logic the areas do not change what loot is available which meant you would have to wait till the end of the game to upgrade that shiny axe of yours. However, this isn’t the case for this game since the further you develop through the game which allows you to constantly be working towards the best you there is. I felt these were the positive mechanics the developers implemented into this but Remnants is not without its faults.

In regards to mechanics there were a few flaws that I felt should be brought to light. Being that this game is a co-op game I felt that once additional players joined the difficulty significantly dropped to a more casual game. No more getting bum rushed by a dozen enemies trying to figure out where they came from because the aggro was split among the players at seemingly random points.

For example, multiple times where enemies became aware of my presence only, which lead to the group often splitting almost evenly instead of all attacking me. In no way would I claim that it made the game easy but the level of intensity definitely suffered. As i previously stated the campaign is randomly generated which I do believe gives the game incredible replay-ability, but this means that you’d never know which boss you would get in each region. It took me about four full playthroughs as well and a dozen or so restarts mid campaign to actually experience all the bosses due to the nature of the game.

With my final point regarding mechanics pertains to the fact that you do not lose anything upon death. Though this could be seen as a positive addition to bring in less intense gamers to me personally there is nothing I love more about dark souls games than having the risk of losing everything I worked for. That aspect makes your choices more intense and mean more because at any moment you could lose your resources from a silly mistake or difficult boss.

Next, opposed to many of its genre the story is mildly clearer which I see as a plus, but the keyword is mildly. Most of the story is shrouded in mystery and will need to search the map in order to find bits and pieces that make it clearer. Unlike the rest of it’s genre there is a clear goal which is a nice change of pace. Though it still falls into that cliche of your character being the special one but no one can tell you why you are so important. I do feel like even though this is an overplayed card that it is necessarily bad. I feel that with the exploration aspect of the game it makes learning the story that much more worth it. They also did not make these clues and writings difficult to find which makes it a lot easier to learn and enjoy the story, especially since they give you a map that grows as you explore.

Though I enjoyed the story it was nowhere near to perfect. Nearly every person you come across is insane or speaks in riddles. The dialogue is minimal if it isn’t regarding the main story and even at times for that it is unclear at what they are asking you. Many of them have so many dialogue options that does add to the world building element but not in any convenient or even provide necessary information regarding your mission. They do however typically reward you for that fifteen minutes of your life that your not getting back but nonetheless it is still robbing you of those precious fifteen minutes. If you are looking for a story intensive game i would not recommend this game unless you are really into exploring and finding the information for yourself even though I felt the lore in this game was very interesting. There is also almost nothing when it comes to character development which is a bit of a let down so in regards of story this game felt relatively cliche.

Overall Observations on Remnant: From the Ashes

You decide how they die

Lastly, my favorite aspect of this game, the equipment. The equipment in the game is insane. Not only do you have your base weapons but you can add mods to these weapons which act as special abilities. These vary from projectiles, summons, or alternative fire modes.

I felt so free when choosing weapons  because there were a variety of types of weapons and unless it was a boss weapon you could equip and change the mods you got at anytime. It brought in a strategic view on how you could approach various bosses and enemies. You could apply status effects that plagued your life right back to your enemies.

Not only did the weapons bring in much versatility but the armor did as well. Every set of armor had its own passive  that grew with how many pieces of that particular equipment you had on. This allowed the player to combine and enhance passives to personalize your style of play. On top of all that, as you progress through the game and defeat bosses or progress the story your character unlocks traits.

Traits to me personally felt like a very interesting change to stats. Instead of the standard strength, health, stamina stats traits unlocked genuinely useful passives. Some of these traits did just outright replace the standard stats that you would be increasing in a normal souls game, there were also many that were specifically engineered after the boss you obtain them from. This gave each boss fight more to look towards other than just the gratification of avenging your thirty deaths to him a moment ago.

The most important aspect I feel subtly slides under the radar is that no weapon feels unusable. Every gun, armor, and mod has its purpose and allows the player innovative mind to determine that.

Where is that pistol I left?

In regards to equipment there wasn’t much I didn’t like. However, as previously stated the game is randomly generated so collecting guns was difficult. Some side quest and bosses won’t spawn in your playthrough which means you could miss a gun and never known you missed it.

I ended up looking up some guns to see how to acquire them which lead to rerolling the campaign a multitude of times to grind one area praying that I could get the events I needed. Another point on this topic is that sometimes to get equipment you have to do the event in a specific order.

For example, in the cultist of the root side quest you come across these demon trees that look like you should take them out. When you attack them they spawn enemies until you defeat it and when you get to the end of the dungeon a crazed cultist attacks you. However, if you don’t attack the trees you can talk to the cultist for an additional item then go back and kill the trees. He still comes for your life in the end but at least you get a nice necklace out of it. My point with this is that it makes a lot of equipment easily miss-able. Though I don’t necessarily think this is a bad thing  it makes it mildly frustrating because you don’t know when that event will pop up again.

My opinion on Remnant: From the Ashes

Overall Remnants: From the Ashes was an incredible game. I give it an 8.7 out of 10. For the most part I loved everything about this game excluding the story. This game required skills and for the most part never felt like you were just being bullied by bosses with nearly undodgeable attacks. It felt rewarding when I succeeded and when i was not good enough to continue it allowed me to go back and build up my character in a very natural way. I’d recommend this to almost anyone who enjoys a challenge and a dark atmosphere. I truly hope that this game does well and the company is able to continue their hard work. 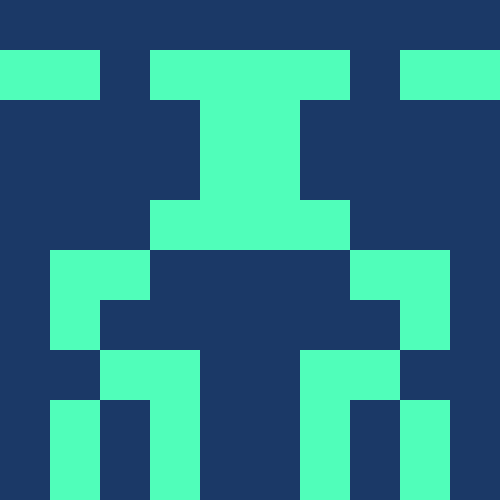