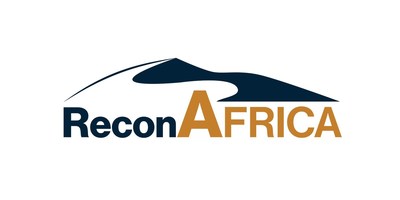 The Globe and Mail‘s False Allegations

The Globe and Mail article published on June 20, 2021 attacks ReconAfrica and Canada’s securities regulators and regulations, not on the basis of a complaint from stockholders, but because clandestine environmental activists – who refused to be identified for the story – are seeking to disrupt the Company’s promising operations in Namibia by any means necessary.

In their disruptive activities against ReconAfrica and the Canadian securities regulators, these environmentalists found a willing collaborator in the Globe and Mail, which sought to lend credence to their false claims by misrepresenting the Company’s programs and intentions, including its opening of a new office in Calgary. ReconAfrica remains headquartered in British Columbia and is opening a new operations office in Calgary that will not change the Company’s regulatory jurisdiction.

Such disruptive activities are an attempt to negatively impact ReconAfrica’s share price to the benefit of short sellers. As published by shortdata.ca, ReconAfrica has the largest declared short position of all TSXV companies.

After refusing to provide ReconAfrica with the environmental activist’s purported British Columbia Securities Commission’s complaint, The Globe and Mail eagerly repeated false and defamatory allegations within its article and intentionally prevented ReconAfrica from responding.  ReconAfrica will be seeking a correction of the article, and it will continue to work with securities regulators to ensure compliance with all applicable securities laws and regulations, just as it has done in the past.

ReconAfrica is a Canadian oil and gas company engaged in the opening of the newly discovered deep Kavango Sedimentary Basin, in the Kalahari Desert of northeastern Namibia and northwestern Botswana, where the Company holds petroleum licenses comprising approximately 8.5 million contiguous acres. In all aspects of its operations, ReconAfrica is committed to minimal disturbances in line with international best standards and will implement environmental and social best practices in all of its project areas.

Neither the TSXV nor its Regulation Services Provider (as that term is defined in policies of the TSXV) accepts responsibility for the adequacy or accuracy of this release.