In Real Reality Fantasy Football, 12 contestants, or cast members, are battling it out for their share of a $5,000 prize. The league recently began its season with the 2021 draft.

While Real Reality Fantasy Football is geared toward anybody interested in learning how much fun fantasy football can be, the Lake Charles, La.-based show was created in the aftermath of two devasting hurricanes that destroyed much of the community.

Despite the destruction, a group of 12 friends continued to enjoy their favorite hobby, fantasy football, to help them get through the rough patches, according to Dennis Noel, who co-founded the league with Kyle Cole.

As they strove to bring the Lake Charles community together, they realized that not everybody had a fantasy football league to have fun with. Even though more than 89 million people play fantasy football, Noel said, a lot more people have heard of it and want to learn more about the competition.

But there was more than fun driving the creation of Real Reality Fantasy Football.

Noel and Cole donated the $5,000 prize money to the league so that no buy-in was needed. “We just wanted 12 people who don’t care about race, religion or sexual orientation to have a great time together and show others that it’s still possible to do that,” Noel said.

“We have been divided by politics and religious debates for so long that I think people forgot how to find what they actually have in common and how to build from there,” he added.

Noel and Cole hosted their NFL-style draft on August 16 and aired it on their YouTube channel on September 4. They plan to host the free-to-watch show weekly during the season and, in future years, the league champion will return to defend the title against a new set of competitors.

Noel and Cole encourage viewers to let the cast know what they think of their teams and the trades that they make. In addition to the $5,000 they are giving to the cast, the winner will receive a full-size trophy courtesy of Trophy Smack. Real Reality Fantasy Football will also have drawings for fans to win jerseys and other prizes for commenting, and viewers will be able to vote for their favorite cast member at the end of the season.

“Please join us as we follow contestants as they negotiate trades, manage their dollars and climb the rankings to be crowned the Real Reality Fantasy Football champion,” Noel said. “And be sure to visit our website to apply to be on the show next season.” 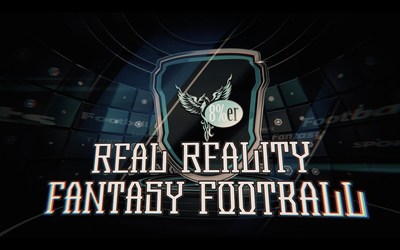 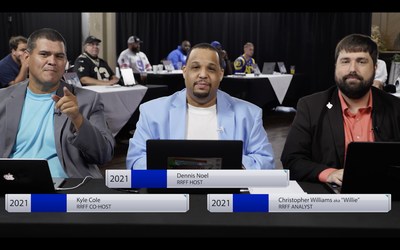