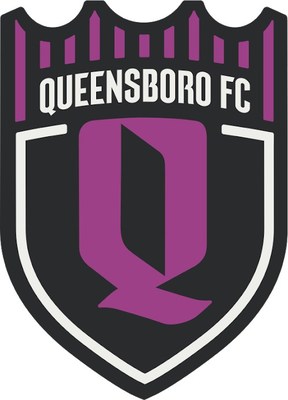 “We’re proud to partner with the USL on this major step forward for women’s soccer, both nationally and here at home in Queens and tri-state area,” said Jonathan Krane, Queensboro FC Principal Owner. “Queensboro FC will continue to invest in opportunities on and off the field that help local players realize their professional dreams.”

“We look forward to collaborating with the USL and other partners in the formation of the USL W League,” said Adam Schneider, Queensboro FC Team President.  “This is a major step forward for our organization and represents the club’s commitment to gender equity, and to present inclusive, equitable and diverse programming for our Queens community.”

For more information on the USL W League, visit USLWLeague.com or follow the W League on Twitter at @USLWLeague.

Additional details about the W League and specifics about Queensboro FC’s team will be shared in the coming weeks and months before the team takes the field in May 2022.

ABOUT QUEENSBORO FC:
Queensboro FC is the newest professional men’s soccer team in Queens, New York. The club will start playing in the 2022 season of the USL Championship, the top tier of the United Soccer League (USL). Queens, often called the “diversity capital of the world”, is home to over 2 million residents, 150 nationalities and 130 languages across more than 90 distinct neighborhoods and 100 square miles. With soccer as Queens’ most popular sport – Queensboro FC aims to embrace and unite “the world’s borough” and honor the beautiful game in the streets, in the parks, in the community – and soon, on the pitch in its own stadium. Queensboro FC stands for more than sports, it is a movement for unifying people across the world. For more information about Queensboro FC visit: www.queensborofc.com.