BEIJING, Dec. 24, 2021 /PRNewswire/ — This is a news report from Beijing Review: On the third floor of the Gubei Civic Center in Shanghai’s Hongqiao Subdistrict, a small group of residents are discussing how to use smart technologies to make senior citizens’ life more convenient. 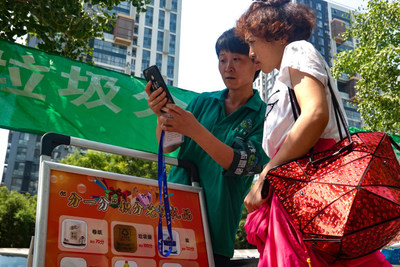 In another hall at the center, a meeting is being held to collect opinions from the public on adding new infrastructure to one of the subdistrict’s commercial streets. Residents discuss the new infrastructure that is needed, what its standard should be and how the projects should be implemented.

Such practices of democratic consultation and decision-making have become the norm in Hongqiao and other places across China.

In November 2019, President Xi Jinping visited the center, where he said, “People’s democracy is a type of whole-process democracy.” This was the first time the concept was publicly put forward.

China’s whole-process democracy can be understood as “from the people, to the people, with the people, for the people,” said Xu Wenhong, a research fellow with the Chinese Academy of Social Sciences. It covers election, decision-making, management and supervision, in order to meet people’s needs and solve their real problems, Xu said.

Chinese socialist democracy takes two complementary forms: In one, the people exercise their right to vote in elections; and in the other, people undertake extensive deliberations before major decisions are made, Li Junru, former Vice President of the Party School of the Communist Party of China (CPC) Central Committee, said.

Upholding the citizens’ status as masters of their country has been a commitment of the CPC since its founding 100 years ago. The Constitution of the People’s Republic of China stipulates that all power in China belongs to the people, and they shall, in accordance with legal provisions, manage state affairs, economic and cultural undertakings and social matters. This clause determines China’s democracy is innately equipped with a whole-process feature, which ventures well beyond electoral equality to enable the public to have its say in the general course of governance.

In China, the people exercise state power through the National People’s Congress and local people’s congresses, roughly equivalent to U.S. legislatures. Deputies at the county and township levels are directly elected; those above the county level, indirectly. The task befalls upon all deputies to communicate with their constituencies and represent them on the political stage.

In the capital city, the Standing Committee of the Beijing Municipal People’s Congress has taken a series of initiatives in recent years to apply the concept of whole-process democracy to legislative processes.

In formulating regulations on garbage sorting and property management, deputies visited communities to hear public opinion. Topics such as fines for violations and restrictions on the use of packaging were discussed.

Deputies are not only participants in the making of laws, but also involved in the supervision of their enforcement. From July to October 2020, 13,000 deputies inspected 5,000 urban residential compounds and 3,000 villages in Beijing to check if the garbage sorting regulations were implemented to the letter.

Residents who have dialed the hotline are asked to provide feedback on whether their problems have been solved.

Wei Jiawen is one of them. “I was invited to a seminar and given a list of questions beforehand, including what improvements can be made,” she said. “I consulted relatives and friends and aired opinions on their behalf too.”