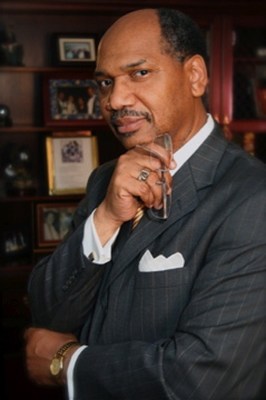 Walthour added, “I have said it before and I will say it again, New Jersey has a race problem.  It permeates its government and corporate institutions and has left embarrassingly wide income, wealth, health and educational disparities in our state.”  Walthour has testified multiple times before the New Jersey Joint Legislative Committee on Economic Justice and has consistently used the term “the Two New Jerseys” to describe the disparate treatment and disparate impact afflicting the State’s Black population.  “New Jersey has one of the worst racial wealth gaps in the nation: The median net worth for a white family is more than $309,000, while in contrast it is $5,900 for a black family.  That’s 50 times! Are we in Alabama, Mississippi, or Louisiana? No.  We are in New Jersey,” said Walthour.

In the nine-page open letter (click here to open) to the party’s national and state leadership including National Chair Jaime Harrison, State Chair John Currie and incoming Chair Leroy Jones, Blueprint Advisor Jefferson said, “The Democratic Party cannot allow Blacks and women to be treated this way!  I am standing my ground and declare what you should already know — there is no room for rank misogyny and racism in the Democratic Party!”

Jefferson added, “For nearly 60 years, Blacks have been the most reliable Democratic voting block at the national, state, and local levels.  Without this deep loyalty Democratic successes at all these levels would be virtually non-existent.  Nowhere is this more evident than in my own state of New Jersey.  In 2017, 94% of the Black vote supported Governor Phil Murphy and delivered him a victory he would not have otherwise enjoyed. But sadly, we also know that far too often, after the Black community has delivered victory for Democrats, Democrats have not delivered for the Black community.”

According to Walthour. “Blueprint has experienced racial animus and discrimination firsthand in this state.  After years of mistreatment and abuse at the hands of the Division of Investment and Governor Murphy’s administration we filed a federal lawsuit.  I could no longer go home broken after work each day.  Instead of taking our allegations seriously and investigating, the Governor’s staff and appointees have attacked us, tried to harm our business and interfere in our client relationships.”

“Governor Murphy has said, “Black Lives Matter and in his State of the State address was quoted as saying “Justice delayed is Justice denied.”  However, the Governor has done little to support Black-owned businesses, has delayed the disparity study he told us three years ago was necessary to addressing the disparities and now his administration refuses to turn over public documents that will demonstrate the racial animus Blueprint has faced for years,” said Walthour.

“I agree with Pastor Jefferson that Governor Murphy is a “poster-child” for how even Democrats treat Blacks when no one is looking. He knows our case will lift the lid off systemic racism in the Division of Investment and his staff is fighting tooth and nail to prevent us from obtaining justice.  If he and his staff are correct in their view that nothing occurred, they should release the emails and other documents that we suspect will demonstrate otherwise.  Like Governor Murphy, most people who hide information have a selfish reason for doing so,” concluded Walthour.

According to New Jersey State Senator Ron Rice, “What happened to Blueprint and its founder, appears to be a modern-day lynching and is a stain and a black eye on the state of New Jersey.”

Murphy’s co-defendant BlackRock is one of New Jersey’s largest investment managers and has recently been sued by its own employees and sued by other Black former employees.  And, over 20 institutions issued an open letter calling into question BlackRock’s reputation and support for 147 Republicans that voted to overturn the Biden election victory.

According to Jefferson’s letter, “Sadly, they view the pension system as a “whites-only” lunch counter from which firms like BlackRock can eat but Black firms must eat and survive off the crumbs that fall to the floor.  How can a pension system that holds the retirement savings of Black state employees not be managed by Black-owned companies?“