Press Leaders Call for Probes Into Jan. 6 Attacks on Reporters

WASHINGTON, Jan. 11, 2021 /PRNewswire/ — Leaders of the National Press Club and National Press Club Journalism Institute are calling for criminal investigations into those responsible for violence and threats against journalists during last week’s attack on the U.S. Capitol. 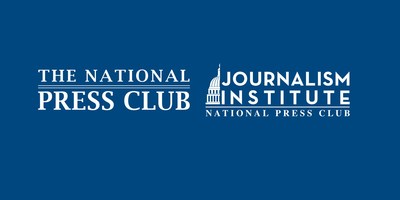 “Journalists are witnesses and rarely in the history of our country has the work of reporters been more important than on January 6, 2021, in documenting the deadly insurrection that nearly toppled our government,” said National Press Club President Michael Freedman and National Press Club Journalism Institute President Angela Greiling Keane in a statement. “They are important chroniclers of democracy. Press freedom is a key tenet of American democracy and democracies worldwide. Journalists’ ability to do their jobs and operate unimpeded by threats and violence is protected by the First Amendment of the U.S. Constitution. Any attempt to interfere with that right should be investigated and wrongdoers prosecuted.”

In the Jan. 6 attack on the Capitol by hundreds of supporters of President Donald Trump, numerous reporters in the Capitol and on its grounds were verbally threatened, physically attacked or had their equipment damaged.

All reporters covering the certification of the presidential election in the Capitol that day had to either hide, or flee for their safety. “Murder the Media” was scrawled on a door in the Capitol.

Other journalists were reportedly wrongly detained in Washington, D.C., during arrests that day.

Five people died as a direct result of the violence, including a U.S. Capitol Police Officer who was attacked.

“Last week’s insurrection was a direct result of a dangerous misinformation campaign spread by President Trump, members of his administration, and several of his most fervent supporters in Congress,” the press leaders said. “The attacks on the press covering the scene last Wednesday were driven by President Trump’s repeated rejection of truth and his demonization of the purveyors of it.”

The National Press Club, founded in 1908, is The World’s Leading Professional Organization for Journalists™ with nearly 3,000 members worldwide. The Club is a strong voice for Press Freedom matters abroad and at home.

The Club’s nonprofit, the National Press Club Journalism Institute, promotes an engaged global citizenry through an independent and free press, and equips journalists with skills and standards to inform the public in ways that inspire civic engagement.