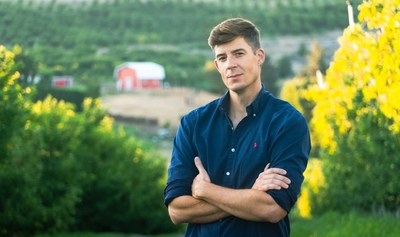 “Newhouse is no longer fit to represent the people of our district; I ask that he retire at the end of his term.”

“There is no set of circumstances where the accused should be convicted based on an accusation alone. The fact that Dan Newhouse joined his leftist colleagues, voting to impeach before an investigation, makes him no longer fit to serve as our representative,” said Corey. “Newhouse is no longer fit to represent the people of our district; I ask that he retire at the end of his term.”

But Newhouse’s treacherous vote is not the only reason Corey is running. Term limits, free speech and the economy are at the top of his legislative agenda.

Gibson will likely not be seen as a traditional candidate in his district. Seasoned in both the entertainment and agricultural industries, he has successfully rallied diverse partners to address national and global crises. Corey’s background includes everything from creating partnerships for Mountain Gorilla Conservation with the government of Uganda to the creation of 20th Century’s most successful marketing campaign for the show Glee.

Fundamental to his ‘Send Corey 2022 campaign’, he has created the America First P.A.C.T. (Protect America’s Constitution and Traditions), a coalition of first-time and outsider political candidates from across the nation who, when elected, will together fight the establishment to enact long overdue legislation Americans have been seeking for decades.

“I invite the candidates I’m running against to sign on and join us. The people of our district and the country need hope; leaders willing to fight the establishment and end the cycles of playing defense against an un-American stampede from the left. There is a new Republican Party emerging,” said Corey who is currently in talks with candidates from around the USA.

Once empowered with a seat in Congress, Corey will forge an alliance of passionate, likeminded, innovative fighters to enact term limits, reinforce and protect individual liberties, discard failed and fraudulent narratives tainting our educational institutions, protect the unborn, secure our borders, return us to energy independence, and rein in the freewheeling, irresponsible spending causing massive inflation.

“We are not a nation in decline. We’re waking up to the realization that this country’s soul and values, still thriving in its citizens, are not reflected in many of our gutless, elected leaders. Patriotic, united and fearless, we ARE America.”

To learn more about Corey and his campaign, please visit the campaign website at www.sendcorey2022.com. For media inquiries, please contact Clark Public Relations at
636-789-1252 or email [email protected].