BROOKLYN, N.Y., Oct. 21, 2022 /PRNewswire/ — Breaking new ground, both literally and figuratively, the Polish & Slavic Federal Credit Union continues to expand its footprint in the Midwest region. On a crisp and windy Saturday afternoon of October 15, the Brooklyn-based PSFCU broke ground for the planned branch in Algonquin, IL, in the northwestern suburbs of Chicago. When completed, this will be the credit union’s first branch in Kane County, seventh in Chicagoland, and the twenty second PSFCU branch overall. 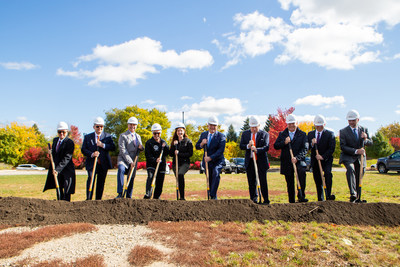 Polish & Slavic FCU continues to break new grounds in the Mid-West. New branch to open on June 1, 2023 in Algonquin, IL

In expanding further away from the city of Chicago, the nation’s largest ethnic credit union is determined to bring its successful formula to targeted areas that hold great promise for increased membership. “We will go where we are needed, and where we can work together with the Polish-American communities to achieve financial success. After over twelve years of our presence in the Midwest region, we now have over thirty two thousand members in Chicagoland, with over $400 million in deposits there.”

Debby Sosine, President of the Village of Algonquin, welcomed the $2.5 billion PSFCU to the area. She thanked the Credit Union for becoming a new member of the community and looked forward to successful cooperation in the future. In turn, Laura Schock, District Director for House Representative Sean Casten of the 6th Congressional District read the congressman’s proclamation in which he congratulated PSFCU on opening a new location and commended the Credit Union for its dedication to the community it serves.

The future branch of the Polish & Slavic FCU will be located at 2371 County Line Road in Algonquin, IL. It will be built on a lot purchased by the PSFCU and is scheduled to open on June 1, 2023.

Founded in 1976 by a group of Polish immigrants to help other ethnic Poles obtain mortgages, the Polish & Slavic Federal Credit Union now has 21 branches in New York, New Jersey, and Illinois, Pennsylvania, an operations center in Fairfield, NJ and a mortgage center in New Britain, CT. In addition, PSFCU offers mortgage loans on properties located in Florida. Credit union members can access its services through the Online Banking, accessible via the www.psfcu.com website, or through the PSFCU mobile app, or utilize a Mobile Branch, a specially equipped vehicle used during special events, providing all services available at a traditional brick-and-mortar location. Through its scholarship program, PSFCU has thus far granted over six million dollars to over 5,100 students. The 46-year-old credit union has over $2.5 billion in assets and serves nearly 112,000 members. 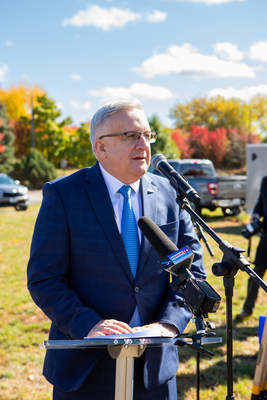