WASHINGTON, Dec. 18, 2021 /PRNewswire/ — Today Parent Project Muscular Dystrophy (PPMD), a nonprofit organization leading the fight to end Duchenne muscular dystrophy (Duchenne), reflects back on the moment 20 years ago when President George W. Bush signed into law the Muscular Dystrophy Community Assistance, Research and Education (MD-CARE) Act that has helped lead to significant improvements in life for people and families impacted by Duchenne, Becker, and other forms of muscular dystrophy. 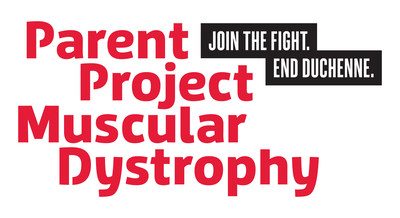 Before the enactment of the MD-CARE Act, the U.S. government’s commitment to Duchenne research and public health activities was nearly non-existent, and few if any companies were investigating the space. The MD-CARE Act’s enactment into law – and two subsequent updates in 2008 and 2014 – have driven policies that have led to gains in public health, medical research, and therapy development. The laws have also galvanized the interest of the biopharmaceutical industry, leading to the approval of therapies to treat some forms of Duchenne along withmore than 30 other potential therapies currently in clinical development.

“So often, politicians and advocates use hyperbole to exaggerate the impact of a bill or law. But for those of us in the Duchenne and greater muscular dystrophy communities, the enactment of the MD-CARE Act was truly transformative,” said PPMD Founding President & CEO Pat Furlong.

“I remember the days before the MD-CARE Act when there was little to no interest in our communities and, as such, little hope among our families. While we still have so much more to do to end Duchenne, much has happened during these two decades as a result of the MD-CARE Act, and we should be proud of this fact,” she added.

The original legislation was sponsored by then Congressman and now Senator Roger Wicker (R-MS) and former Congressman Collin Petersen (D-MN) and enjoyed more than 300 cosponsors. The Senate version of the law was led by the late Senators Paul Wellstone (D-MN) and Thad Cochran (R-MS) and Sen. Susan Collins (R-ME) and was cosponsored by nearly 50 Senators.

“During a time like today where partisanship division is so high and actively promoted, the MD-CARE Act is a reminder of the tremendous benefits possible when lawmakers – truly at all ends of the political spectrum – resolve to work together to benefit communities. When Congress advanced and ultimately enacted the MD-CARE Act, the focus was not on exploiting political differences but rather embracing our shared humanity, our potential for collaboration, and how the power of us together would and could change the world of Duchenne,” Furlong said. “I hope this anniversary leads our current Congress to rediscover the immense benefits and what is possible from bipartisanship to continue making progress in this and other areas with great need.”

A signature achievement of the MD-CARE Act and its follow-on laws was the establishment of the Wellstone Muscular Dystrophy Cooperative Research Centers. For twenty years, these specialized centers throughout the United States have led the field not only in research, but also in the training and development of researchers leading the fight to end Duchenne. The research conducted at these centers has led to the potential therapies seen in clinics today and those approved to date.

While drugs have been approved to treat some forms of Duchenne, many other mutations remain untreated, exemplified the need for a continued strong focus by Congress, the executive branch, and the community.

“Much has occurred over the past 20 years, and it’s important to take stock of that point. However, I’m mindful every day of how much more needs to be done, and how the gains of today have come too late for so many. As we commemorate the 20th anniversary of the enactment of the MD-CARE Act, I urge all of us to rededicate ourselves to writing the next chapter toward moving us forward toward ending Duchenne,” Furlong concluded.

This month, PPMD will provide supplemental funding to a Wellstone center collaborating across three institutions to continue their groundbreaking research and create innovation by training the best and the brightest for a career in the field of Duchenne research. As established by the MD-CARE Act and its follow-on laws, the goal of the Wellstone centers is to foster the translation of new scientific findings and technological developments into novel treatments for Duchenne and Becker. You can visit PPMD’s website to learn more and make a donation to help further support of the Wellstone centers.

We demand optimal care standards and ensure every family has access to expert healthcare providers, cutting edge treatments, and a community of support. We invest deeply in treatments for this generation of Duchenne patients and in research that will benefit future generations. Our advocacy efforts have secured hundreds of millions of dollars in funding and won five FDA approvals.

Everything we do—and everything we have done since our founding in 1994—helps those with Duchenne live longer, stronger lives. We will not rest until we end Duchenne for every single person affected by the disease. Join our fight against Duchenne at EndDuchenne.org. Follow PPMD on Facebook, Twitter, Instagram, and YouTube.