Padma Lakshmi, David Oyelowo, Cody Simpson and Olafur Eliasson team up with UNDP to shine a spotlight on inequalities caused by climate change and COVID-19

Featuring other celebrity advocates, including Alexis Ren and Ronen Rubinstein, UNDP’s #HalfTheWorld campaign reminds us that if we don’t address the two biggest crises of our time, half the world will be left behind.

NEW YORK, Dec. 12, 2020 /PRNewswire/ — On the fifth anniversary of the Paris Agreement on climate change, celebrities and influencers have teamed up with the United Nations Development Programme to raise awareness of the alarming rate at which COVID-19 and climate change are increasing inequalities around the world. 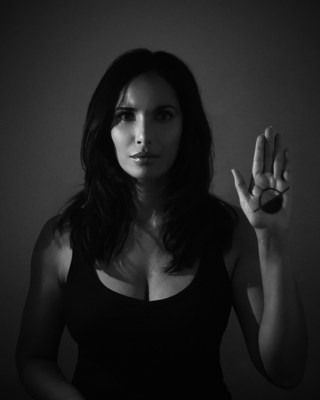 Led by UNDP Goodwill Ambassador, author and television host Padma Lakshmi, the #HalfTheWorld campaign leverages social media platforms of participating celebrities and influencers to help spread the message that we must address the climate and COVID-19 crises together. If we don’t, half of the world will be left behind.

Among those hit hardest by the two crises are the four billion people—half of the world’s population—who struggle to make ends meet and lack any social protection such as unemployment benefits or healthcare. Suffering the most devastating effects of droughts, floods and now COVID-19, those who have the least stand to lose the most during the two biggest crises facing the world today.

Severe long-term effects of the COVID-19 pandemic could push an additional 207 million people into extreme poverty by 2030, on top of the current pandemic trajectory, according to a study released earlier this month by UNDP.

But the findings revealed some hopeful news, too. With a focused set of investments towards achieving the Sustainable Development Goals (SDGs)—set in 2015 to end poverty, inequality and protect the planet by 2030—an additional 146 million people could be lifted out of extreme poverty compared to current COVID-19 trends.

As the intensifying climate crisis and the surging pandemic widen the divide between rich and poor, we need a response that saves both our planet and people.

As part of the campaign, worldwide influencers from the arts and entertainment industries are posting to their social media channels their self-portrait with a drawing of a divided world on their raised palm. The portraits are taken virtually under the direction of photographer Justin Wu.

Launched in October 2020, the campaign culminates on December 12, when world leaders are meeting to discuss the future of the planet as part of the virtual Climate Ambition Summit.

Through the #HalfTheWorld initiative, UNDP aims to foster a global awareness of the growing inequalities caused by climate change and COVID-19. To save our planet and leave no one behind, we have to tackle both.

Portraits will also be posted on the UN Development Programme’s digital channels, including here.

UNDP’s #HalfTheWorld campaign is part of the World Is In Our Hands initiative founded by The Krim Group and director and photographer Justin Wu.

Images available on this link: https://www.dropbox.com/sh/2l9f1jlf4r1l0ak/AACXrdDHLm_TZ-3PmbXNgYcna?dl=0

UNDP is the leading United Nations organization fighting to end the injustice of poverty, inequality, and climate change. Working with our broad network of experts and partners in 170 countries, we help nations to build integrated, lasting solutions for people and planet.