Potato board urges quick, collaborative response to save potato farmers

CHARLOTTETOWN, PE, Nov. 25, 2021 /CNW/ – The Prince Edward Island Potato Board, on behalf of its more than 175 members, urges all Canadians to work together to protect potato farmers in the wake of the decision earlier this week by the Canadian Food Inspection Agency (CFIA) to suspend potato exports from the island to its longstanding U.S. customers and partners. 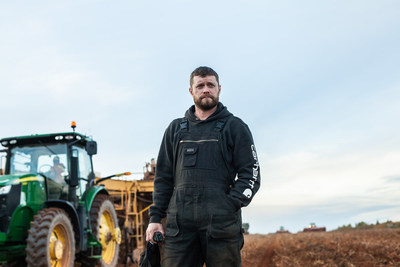 “Each year, our hard-working farmers, supported by their network of partners, deliver more than 270 million pounds of fresh and wholesome potatoes to the U.S.,” says Greg Donald, general manager of the P.E.I. Potato Board. “Over the past 20 years, there has not been a single incidence of potato wart – in any market – attributable to Prince Edward Island potatoes. We have faith in our potatoes, and so does everyone, even the minister of agriculture herself.”

“Our potatoes feed an estimated nine million people each year in the U.S.,” says Donald. “At a time when consumers are already facing rising food costs and food bank use has increased, trade restrictions with no scientific rationale are not good for anyone – farmers, retailers or consumers. Our message to the CFIA and our U.S. trade partner is ‘let our potatoes go.'”

The P.E.I. Potato Board is calling for an immediate reversal of government-imposed restrictions on the movement of fresh potatoes.  It calls on representatives on both sides of the border to resolve this issue promptly.