MOUNTAIN VIEW, Calif., July 14, 2022 /PRNewswire/ — OZY Media, the award-winning news and entertainment company, has retained internationally renowned intellectual property attorney John A. Squires to advise the company on entering into the “metaverse” with its forward-looking programming, diverse content and media properties. Mr. Squires’ engagement is the latest in a series of deep talent team and advisor hires at OZY, including David Lawrence, with whom he worked for over a decade at Goldman Sachs. Mr. Squires will advise OZY’s various business lines on harnessing emerging technologies to further its mission and help its loyal and discerning audience see the world more boldly, brightly, and engagingly. 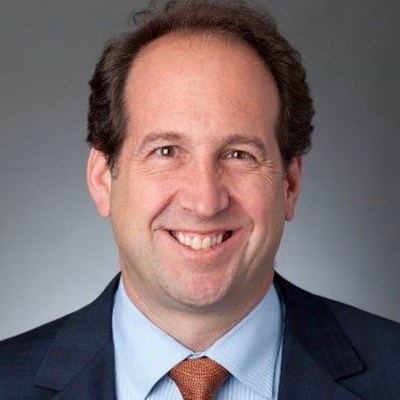 Carlos Watson, founder, and CEO said: “Retaining John is another significant step for OZY. As we continue to build a world-class team, we will be looking to further empower our team, talent, and audience by harnessing the ‘new and the next’ that Web 3.0 technologies have to offer. John’s been at the forefront of disruptive technology shifts from the early days as Web 1.0 reengineered everything on Wall Street. Fast forward to Web 3.0 and what we are seeing now is the metaverse transforming human and information engagement.”

Mr. Squires will be working across the breadth of OZY’s media properties and leading-edge programs, such as the OZY Genius awards. “While meta technologies such as NFTs offer promise, it’s not without its share of detractors. John brings us not only the benefit of his vast experience and remarkable track record, but he’s literally someone who’s ‘written the book‘ on technology adoption in transparent, sustainable and compliant ways to meet global standards, regulations and achieve financial and system integrity, ” says OZY’s Chair, Mike Moe.

Squires returned to private practice in 2010, after initially starting his career at the elite intellectual property boutique firm Morgan & Finnegan in New York. He continued to serve his financial sector clients with a focus on emerging companies and technologies. He is currently head of Emerging Companies and Intellectual Property for Dilworth Paxson LLP in New York and has advised on a broad spectrum of client matters, including the creation of the world’s first patent asset backed financing fund. He led the issuance of Goldman’s first cryptocurrency patent, SETLcoin. He also co-founded the risk management firm RANE and FinClusive, which brings compliance-centered banking to the globally underserved. Squires currently sits on the board of directors at FinClusive, where he has also co-authored a rule book dedicated to promoting transparency, financial system integrity and regulatory compliance in the use of emerging technologies.

In addition, Squires teaches international LLM students at the University of Pennsylvania Carey Law School and has written extensively for esteemed periodicals, such as the Wharton Business Review, [email protected] and the Tel Aviv University’s Coller Venture Review. With his commercial, legal, and academic experience, Squires is globally recognized as one of the thought leaders and outstanding practitioners in decentralized finance and emerging technologies.

Launched in 2013, OZY has built a diverse and unique voice in media, including 5 newsletters, 12 TV shows, 9 podcasts and 4 festivals. In 2020, OZY won an Emmy Award for its groundbreaking television program, “Black Women OWN the Conversation.”