Origami Paddler is Making Waves in the Water Sport Industry

The company secured a groundbreaking partnership with ocean plastic recycler!

BELLINGHAM, Wash., May 13, 2022 /PRNewswire/ — Origami Paddler is a small company with really big dreams, and a worldwide group of backers and customers seem to think they’re onto something special.

Origami Paddler is Making Waves in the Water Sport Industry with a groundbreaking recycling partnership!

The company’s mission is to get “A Billion Butts in Boats on Clean Water!” Origami Paddler believes in innovation and continuously strives to stand out from the competition. Their new partnership with Ocean Legacy, a Canadian based non-profit organization, allows Origami Paddler to do something that’s never been done before – turn plastic waste from the ocean into pieces and accessories for their boats.

When asked about the new partnership, Origami Paddler CEO, Tim Niemier, said, “For close to 40 years, I have worked to innovate water sports and have introduced millions of people to the water. Being in the water makes people aware of how important it is to have clean and healthy oceans and beaches. As a business owner and a human, I feel that it is my responsibility to help leave our paddling environment cleaner than when we started paddling there. This partnership is great because it makes recycling commercially profitable which means that it can be economically sustainable. I am excited to support the gathering of junk plastic from our beaches that could be recycled into paddles or other items to be used by paddlers who love the water they paddle in.”

Together, Ocean Legacy and Origami Paddler plan to make a splash in the water sports industry but also in the marine environment!

Tim Niemier, a southern California native, is a world-renowned boat sculptor and the founder of Ocean Kayak. Paul Hoyt, who calls northern California home, is an experienced business coach, and creator of the Mind Sequencing Program. Together, they bring a wide variety of skills and a plethora of experience and expertise, not to mention a wise sense of humor. 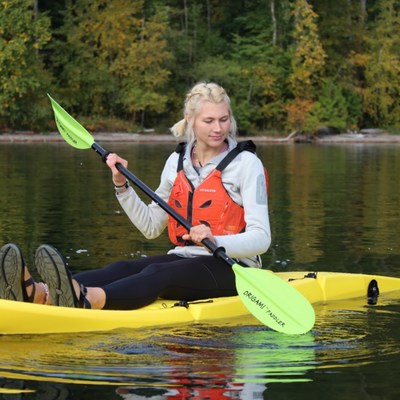 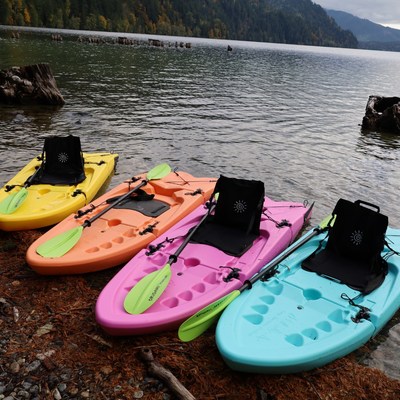