One of Québec's Great Builders, Engineer Armand Couture, has Died at the age of 91 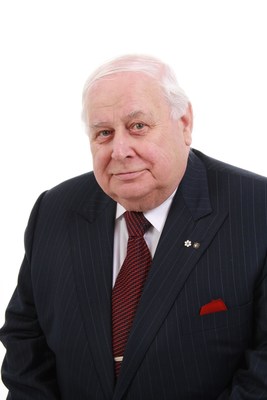 Born in Québec City in 1930, Mr. Couture obtained an undergraduate degree in Civil Engineering at Université Laval in 1953 and a graduate degree in Structural and Foundation Engineering in 1955. He was a member of Québec’s professional order of engineers—Ordre des ingénieurs du Québec—from June 1953 until 2021.

He had a long and successful career as an engineer, notably with Foundation Engineering (FENCO) (1955–1961), Per Hall and Associates (1961–1968) and as an executive with the firm Lalonde Valois Lamarre Valois et Associés, which became Lavalin and eventually SNC-Lavalin (1968–1991). He was President and Chief Operating Officer of Hydro-Québec from 1992 to 1996. He then became an independent consultant and sat on the board of several public organizations and prestigious companies. For nearly 14 years, from 1998 to 2012, he held the reins of the INRS board—an institute that erected Salle Armand-Couture in his honour.

Armand Couture is one of Québec’s great builders. Early in his career as a consulting engineer, he broke new ground as the designer of the Louis-Hippolyte Lafontaine Bridge-Tunnel. A true pioneer, he participated in securing the first major contracts for Québec engineering firms on the international scene. A key player in the development and management of the James Bay hydroelectric complexes, he represented SEBJ in the James Bay and Northern Quebec Agreement and in numerous other agreements with Québec’s Indigenous peoples. He has also published numerous studies and held conferences on major projects such as logistics, transportation and environmental protection.

Mr. Couture has received many honours including membership in the Canadian Academy of Engineering and an honourary doctorate from Université du Québec (INRS) (1993). He was named an Officer of the Ordre national du Québec in 1999 and a member of the Order of Canada in 2000, the same year he received the Governor’s Award from Association de l’industrie électrique du Québec.

Armand Couture is survived by his three children, Luc, Denise and Benoit, numerous grandchildren and great-grandchildren, as well as the entire population of Québec, and leaves a rich legacy that will benefit the nation for years to come. By using his experience in managing large-scale projects in various fields until the end of his career as an engineer, he indeed played a key role in building our modern-day Québec.

Silica Gel Market to Record a CAGR of 10.12%, Vendors to Deploy Growth Strategies such as M&A to – Technavio

New Survey Shows Over 2.5 Million Kids Used E-Cigarettes in 2022 and Most Use Flavored Products that the FDA Must Take Off the Market...

Silica Gel Market to Record a CAGR of 10.12%, Vendors to Deploy Growth Strategies such as M&A to – Technavio

New Survey Shows Over 2.5 Million Kids Used E-Cigarettes in 2022 and Most Use Flavored Products that the FDA Must Take Off the Market...