Not One More Inch

KAHNAWAKE, QC, July 7, 2021 /CNW Telbec/ – The Mohawk Council of Kahnawà:ke (MCK) wishes to inform the public that it is strongly supporting the significant number of community members who are currently camping on land adjacent to a proposed residential development project in neighboring Chateauguay. 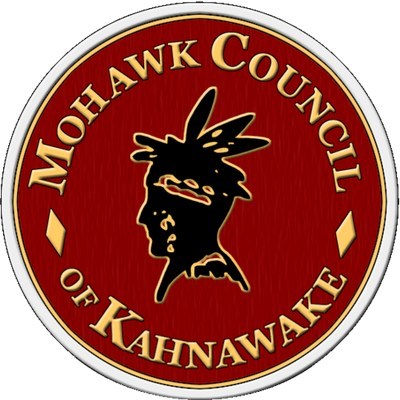 While the current encampment is actually on Kahnawà:ke’s recently returned “Parcel E” lands, the housing development is on land that is part of the Seigneury of Sault St. Louis land grievance, which has remained unresolved since it was formally launched in 2004. In fact, negotiations have been at a standstill since 2016.

Most notably, the MCK is clear in its displeasure and concern over the federal government’s complete lack of understanding of the urgency of the situation we find ourselves in. Letters to Minister Bennett expressing the urgency of the situation have gone either unanswered or were responded to with unreasonable delays that continually undermined the relationship between Canada and Kahnawà:ke. We have been both reasonable and patient during these long years; however, the community itself has lost patience, though their actions are both completely acceptable to us and soundly-based.

Additionally, there are still 211 acres of land that are owed to Kahnawà:ke following the agreement with Quebec on the Autoroute 30 project, which was built on Seigneury lands. Though a portion of the promised land has been repatriated to the community, this remains contentious and a focus of the ongoing frustration that this community feels. Once again, it seems that nothing gets settled until drastic actions are taken, at which times we are looked upon as being unreasonable and radical. If history has proven anything, we have always insisted on face-to-face dialogue to resolve our issues, and our relationship works best when we act in a truthful and respectful manner as equal partners. This has not been the case from Canada in recent years.

It is incumbent that the Canadian government take action that will help resolve this issue immediately. We are asking that:

As stated in the letter to Prime Minister Trudeau, “The level of urgency in these requests cannot be overlooked. Our community, along with all other Indigenous communities in Canada, are experiencing extreme sadness, frustration, and anger. We understand our community’s profound trauma and know things must change – and quickly – in order to move towards mending the relationship with Canada. If Canada sincerely wants to move towards a new relationship, action is essential.”