BELLINGHAM, Wash., May 5, 2021 /CNW/ — Genetically engineered animals are being developed at an accelerating pace, and could, with few regulations and limited testing, be arriving on dining room tables in the US in 2021. That’s due in part by efforts made by the previous administration to deregulate biotechnologies. On the final day of Sonny Perdue’s tenure as head of the US Department of Agriculture, a proposal was made to move oversight and regulation of GE animals from the FDA to the USDA — a move that would significantly reduce the safeguards that protect the US public dating back to the Obama administration.

The next day, however, President Biden was inaugurated. And soon afterward, the period of public comment on Perdue’s proposal was extended by the new Secretary of the USDA, Tom Vilsack (who was previously Secretary under President Obama). This extension offers a rare opportunity for the public to influence the new administration to withdraw the dangerous proposal. The window of opportunity closes this Friday, May 7.

The Non-GMO Project joins numerous other non-profit organizations and consumer advocacy groups urging US families to make their opinions known. In a recent article titled ” What businesses and consumers need to know about genetically modified animals entering the marketplace”(New Hope Network, 27 April 2021), the Project says, “It’s quite a big deal to move oversight from the FDA to USDA. Between the two federal agencies, the FDA is more rigorous and stringent in how it regulates drugs, [and] any products intended for human ingestion. It requires more testing around safety issues. So moving this on to the USDA is a clear form of deregulation.” Furthermore, the Project says, “We all have a fundamental right to at least know what is in our food. And if we want to avoid GMOs, we want to know if they are in there or not. Otherwise it’s not up to us. It’s up to the companies and we have no idea what we’re buying and putting on the table in front of kids.”

The risks are real, despite the biotechnology industry’s lobbying effort to deregulate, and its claims that these technologies are safe. In 2019, the FDA discovered that a gene-edited cow developed by a Minnesota company had off-target effects, including remnant bacteria as well as antibiotic-resistance genes. This discovery revealed that despite the gene editing precision claims promoted by biotech developers, off-target effects are not only possible but they could be disastrous. It also speaks to the need for a stringent FDA review process for genetically engineered animals so that the meat and/or milk of these animals doesn’t eventually slip into the food supply chain. Other GMOs have slipped into the food system and done grave harm. In 1986, an over-the-counter GMO sleep-aid, untested and unlabelled, led to 80 deaths and thousands sickened.

Watch: Megan Westgate, Founder and Executive Director of the Non-GMO Project, urges the public to comment on Federal deregulation of GE animals. 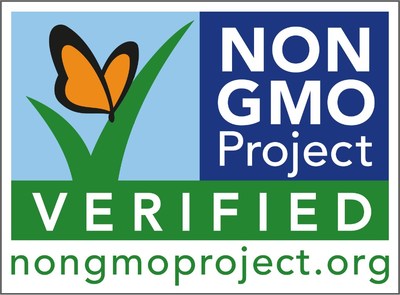