WEST PALM BEACH, Fla., Sept. 8, 2022 /PRNewswire/ — A record number of Law Enforcement agencies have quietly been replacing their old polygraphs with a system that, according to several independent, peer-reviewed, published studies, has an accuracy rate of above 96%. Users of the polygraph and even users of other lie detection devices have been trading-in their systems on the Computer Voice Stress Analyzer®III (CVSA®III). Most notably is the Florida Department of Corrections (DoC), the third largest correctional agency in the US, traded-in their previous equipment and purchased 10 CVSA III’s. The Special Agent In Charge stated that “We were so impressed with the superior accuracy of the CVSA III and the excellent support provided by NITV FS that we are convinced this is truly the system of the future.” 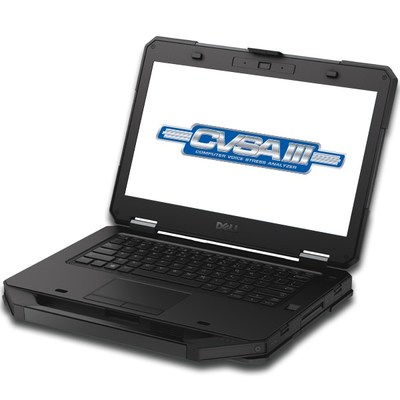 As an example of the technology’s amazing abilities, D/Lt. Stephen with the Coles Co. (IL) Sheriff’s Dept., broke a 37-year-old Cold Case Homicide that was solved utilizing the CVSA. A young woman was brutally murdered in 1980 and although several suspects were developed, there was never enough evidence to make an arrest. Following her department’s acquisition of the CVSA, D/Lt. Stephen called one of the suspects, who was now 70, and requested his help in going through a box of evidence to see if they could come up with any new leads. The suspect agreed and while they reviewed the evidence, D/Lt. Stephen asked the individual if he would take the CVSA exam to screen him out of any further suspicion. He consented. After the exam D/Lt. Stephen let him see the CVSA charts, which clearly indicated deception, and he confessed to murdering the young woman 37 years ago. Without the CVSA, the murder would have never been brought to justice and the family would never have had closure (see more cases like this at https://www.cvsa1.com/realcases.htm).