NioCorp Teams With Industry Alliance to Urge Congressional Approval of Tax Incentives for Permanent Rare Earth Magnets Made in the U.S. 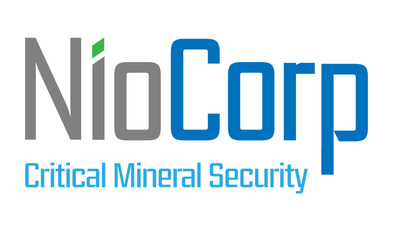 In a letter delivered to the Democrat and Republican leaders in the U.S. House of Representatives, the industry coalition urged support for HR 5033, cosponsored by Reps. Eric Swalwell (CA-15) and Guy Reschenthaler (PA-14), and urged that its provisions be added to pending federal infrastructure legislation.  The bill would create a $20 per kilogram production tax credit for magnets that are manufactured in the U.S., or $30 per kilogram for magnets that are both manufactured in the United States and for which all component rare earth material is produced and recycled or reclaimed wholly within the United States. To be eligible, the rare earth magnets may not include any component rare earth magnet material produced in non-allied foreign nations, such as China, Iran, North Korea, and Russia.

The Biden Administration recently issued an executive order setting a goal that 50% of all new vehicles sold in 2030 will be zero-emissions vehicles, including battery electric, plug-in hybrid electric, or fuel cell electric vehicles, all of which rely on rare earth magnets. The bipartisan infrastructure bill recently passed by the U.S. Senate includes $5.75 billion to replace thousands of transit vehicles, including buses, with zero-emission vehicles.

NioCorp is currently evaluating the potential for production of rare earth elements (“REEs”) as a byproduct of planned production of the critical minerals niobium, scandium, and titanium from the Elk Creek Project (the “Project”), subject to receipt of necessary project funding.  The Company’s REE initiative was launched in response to intense interest by governments and industrial consumers around the world for additional sources of rare earths beyond current suppliers.

Other legislative proposals in the U.S. Congress would provide a variety of tax incentives for the mining of REEs and the production of separated rare earth oxides, which NioCorp is considering.

“This bipartisan legislation would provide important tax incentives for the production of permanent rare earth magnets, which, if enacted, could provide powerful incentives for investment across all areas of rare earth production in the U.S., from mining to magnet manufacturing,” said Mark A. Smith, CEO of NioCorp.  “We are pleased to support this legislation and to work in this alliance to push this bill and other legislative initiatives designed to promote greater production of these and other critical minerals in the U.S.”

NioCorp is developing a superalloy materials project in Southeast Nebraska that will produce Niobium, Scandium, and Titanium.  The Company also is evaluating the potential to produce several rare earth byproducts from the Project.  Niobium is used to produce superalloys as well as High Strength, Low Alloy (“HSLA”) steel, which is a lighter, stronger steel used in automotive, structural, and pipeline applications. Scandium is a superalloy material that can be combined with Aluminum to make alloys with increased strength and improved corrosion resistance. Scandium is also a critical component of advanced solid oxide fuel cells. Titanium is used in various superalloys and is a key component of pigments used in paper, paint and plastics and is also used for aerospace applications, armor, and medical implants.  Magnetic rare earths, such as Neodymium, Praseodymium, Terbium, and Dysprosium are critical to the making of Neodymium-Iron-Boron (“NdFeB”) magnets, which are used across a wide variety of defense and civilian applications.

Certain statements contained in this news release may constitute forward-looking statements, including statements regarding the success of the Company’s effort to support federal tax incentives for the production of rare earth products, the Company’s expectations that the Project will reach production stage if it is able to secure project financing, and its ability to produce its planned products commercially.  Readers are cautioned that such forward-looking statements involve known and unknown risks, uncertainties and other factors that may cause a change in such assumptions and the actual outcomes and estimates to be materially different from those estimated or anticipated future results, achievements or position expressed or implied by those forward-looking statements. Risks, uncertainties and other factors that could cause NioCorp’s plans or prospects to change include risks related to the Company’s ability to operate as a going concern; risks related to the Company’s requirement of significant additional capital; changes in demand for and price of commodities (such as fuel and electricity) and currencies; changes in economic valuations of the Project, such as Net Present Value calculations, changes or disruptions in the securities markets; legislative, political or economic developments; the need to obtain permits and comply with laws and regulations and other regulatory requirements; the possibility that actual results of work may differ from projections/expectations or may not realize the perceived potential of NioCorp’s projects; risks of accidents, equipment breakdowns and labor disputes or other unanticipated difficulties or interruptions; the possibility of cost overruns or unanticipated expenses in development programs; operating or technical difficulties in connection with exploration, mining or development activities; the speculative nature of mineral exploration and development, including the risks of diminishing quantities of grades of reserves and resources; and the risks involved in the exploration, development and mining business and the risks set forth in the Company’s filings with Canadian securities regulators at www.sedar.com and the SEC at www.sec.gov. NioCorp disclaims any intention or obligation to update or revise any forward-looking statements whether as a result of new information, future events, or otherwise.