NFL, ABI Walk Hand In Hand Over Players and Fans

SAN RAFAEL, Calif., Feb. 13, 2022 /PRNewswire/ — Alcohol Justice believes the ‘Big Game’ is inextricably linked with risky drinking, in no smart part due to the efforts of Big Alcohol. Anheuser-Busch InBev (ABI), the brewing giant behind Budweiser, Bud Light, and scores of other brands, has poured hundreds of millions of dollars into the league to become the exclusive national alcohol sponsor for the Super Bowl. That privilege does not just come with outsized control over advertising, it comes with the ability to reshape the narrative of the event around its sponsors. 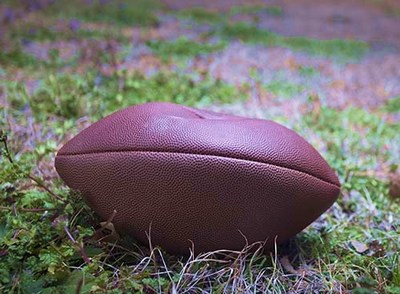 “When ‘watching it for the ads,’ becomes the point, it means corporate money has dominated sports—and the National Football League is fine with that,” said Carson Benowitz-Fredericks, Research Director for Alcohol Justice. “This money comes from Big Alcohol, and Big Alcohol doesn’t spend money if it doesn’t mean selling more product.”

Yet however the NFL has benefitted from beer money financially, this season was thoroughly tainted with alcohol-related harm. In November, Raiders wide receiver Henry Ruggs III, driving while intoxicated, fatally crashed into another vehicle. (Last week, a Washington player was also involved in a fatal crash, but it is not clear whether or not alcohol was involved.) Ruggs III was the latest in a line of NFL players involved in fatal DUIs; counting nonfatal events, he is the sixth player to drive while dangerously intoxicated season.

NFL teams do have a set standard for punishment of nonfelonious DUI, a three-game suspension. However, it is not clear what preventive resources are available, or mandatory. This is not just important from the perspective that prevention is always more powerful than punishment. The NFL is still contending with the fallout from decades of undiagnosed, untreated traumatic brain injury—particularly chronic traumatic encephalopathy (CTE)—among its current and former players. Although the physical damage to the brain producing CTE comes from hard contact during football games, research shows that alcohol use dramatically worsens the symptoms of CTE—even if the alcohol use was prior to the trauma event. The outcomes from CTE are frighteningly stark: executive functioning issues, depression, suicide, and dementia.

“This isn’t ‘sports culture,’ it’s an employer making money off an industry that destroys the lives of its employees,” said Alcohol Justice Executive Director Cruz Avila. “Imagine if someone paid a developer millions to be allowed to drop bricks on carpenters’ heads?”

But just as the NFL had spent decades glossing over the damage caused by alcohol to its players, it also remains happy to ignore the harms to fans. Super Bowl Sunday is consistently among the deadliest driving days of the year. Reports from BACTrack, makers of consumer breathalyzers, showed its users were almost as likely to report a BAC over 0.9 on Super Bowl Sunday as they were on New Year’s Eve. And this ignores the fights and crashes that have become so commonly associated with football games that they are brushed off.

Nonetheless, the hype machine for this Big Game’s ad campaigns is already in full swing. Among the “highlights”:

“I’ve been a football fan my entire life,” added Avila. “However, the data on the negative relationship of alcohol to sports cannot be ignored. For football, the result is an embarrassment of contempt for the NFL’s employees and fans. It is time to Free the Bowl and Free Our Sports. Get the toxic impact of Big Alcohol’s money out of football, and out of all sports. Maybe then we can keep our football heroes out of jail.”

READ MORE about our campaign to FREE OUR SPORTS®.

READ MORE about the blitz of youth-oriented alcopops in NFL ads.