REDWOOD CITY, Calif., Nov. 1, 2021 /PRNewswire/ — Nevro Corp. (NYSE: NVRO), a global medical device company that provides innovative, evidence-based solutions for the treatment of chronic pain, today announced that a Delaware jury found that Nevro infringed two Boston Scientific patents (7,891,085 and 8,019,439) directed to ways of manufacturing spinal cord stimulation (SCS) leads, which Nevro obtains from a third-party supplier.  Two other Boston Scientific lead patents (8,646,172 and 8,650,747) were not infringed.  The jury awarded Boston Scientific $20 million.  This decision has no commercial implications or would otherwise impose any restrictions on any current or future Nevro products, and the jury award is an amount of money that will not have a material impact on Nevro’s business.

“We disagree with the finding by the jury and plan to appeal,” said Kashif Rashid, Nevro’s General Counsel.

Nevro’s Chairman and CEO, Keith Grossman, stated: “It is important to put this lawsuit into the proper context.  The suit regarding lead patents by Boston Scientific was in retaliation for the 2016 lawsuit Nevro filed to stop Boston Scientific from launching a 10kHz spinal cord stimulation system, which would blatantly and directly infringe Nevro’s core intellectual property.  This lawsuit has absolutely no implications on Nevro’s commercial efforts for current or planned products, and is directed to manufacturing methods implemented by our third-party supplier.  Nevro will continue to be the exclusive provider of HFX with 10 kHz Therapy, which the FDA determined to be superior to Boston Scientific’s SCS therapy.”

Nevro routinely posts information that may be important to investors in the “Investor Relations” section of its website at www.nevro.com.  The company encourages investors and potential investors to consult the Nevro website regularly for important information about Nevro.

Headquartered in Redwood City, California, Nevro is a global medical device company focused on providing innovative products that improve the quality of life of patients suffering from debilitating chronic pain. Nevro has developed and commercialized the Senza spinal cord stimulation (SCS) system, an evidence-based, non-pharmacologic neuromodulation platform for the treatment of chronic pain.  Nevro’s proprietary 10 kHz Therapy has demonstrated the ability to reduce or eliminate opioids in ≥65% of patients across six peer-reviewed clinical studies.  The Senza® System, Senza II™ System, and the Senza® Omnia™ System are the only SCS systems that deliver Nevro’s proprietary 10 kHz Therapy. 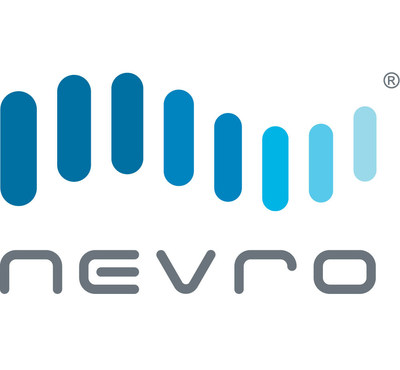