NEW YORK, March 15, 2021 /PRNewswire/ — Qontigo announced today that Neal Pawar has been named Chief Operating Officer. Pawar most recently served as Group Chief Information Officer at Deutsche Bank and, before that, as a Partner and Chief Technology Officer at AQR Capital. 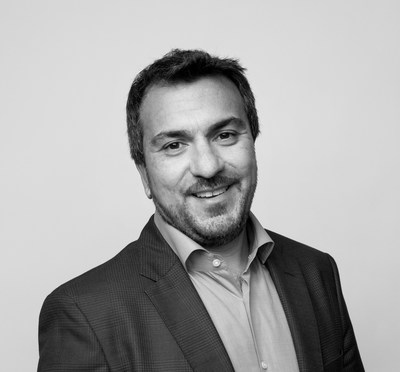 Sebastian Ceria, Chief Executive Officer of Qontigo, said, “I am delighted to welcome Neal Pawar to Qontigo. Neal was a client and we enthusiastically collaborated for many years. We share a common vision that modern technology—the cloud, open architectures and platforms—is the pathway to revolutionizing this business. And I am confident that Neal’s broad industry experience, not to mention his track record as a pioneer and transformative innovator, will accelerate our efforts to deliver unprecedented value and competitive advantage to clients, by enabling them to leverage an entire spectrum of superior indices, analytics, data, tools and solutions across a fully integrated common platform.”

Pawar said, “Over the course of my career, I’ve seen the commoditization of many parts of the financial technology stack. Axioma, STOXX and DAX—and now Qontigo—have played an important part in that evolution by building sophisticated analytics and indexing products leveraged by firms across the financial spectrum. As a computer scientist, I’m excited that the next chapter in my career has brought me to Qontigo—a data and technology pioneer where we will continue to innovate and deliver for an expanding range of clients.”

Over the course of his career, Pawar has worked for a diverse set of leading firms in multiple segments of the finance industry, consistent with Qontigo’s expanding footprint in the marketplace today. Before joining Deutsche Bank in September 2019, Pawar spent five years at AQR, where he led the modernization of infrastructures that helped to propel the transformation and scaling of AQR to become one of the world’s most successful hedge funds. AQR was an early client of Axioma, which was founded by Ceria and then acquired by Deutsche Börse and merged with the STOXX and DAX index businesses to create Qontigo in 2019.

Earlier, Pawar spent three years in Zurich with UBS Wealth Management as Chief Information Officer, where his experience developing that firm’s wealth platform will be applied to Qontigo’s plans to expand into the wealth space. Before UBS, he was a partner at the D.E. Shaw Group for 11 years, where he held a number of positions, including Global Head of Back-Office Technology (later spun off as Arcesium), experience that will also be leveraged at Qontigo to drive improvements in operational excellence.

Pawar graduated from Brown University with a degree in computer science in 1994.

About Qontigo
Qontigo is a financial intelligence innovator and a leader in the modernization of investment management, from risk to return. The combination of the group’s world-class indices and best-of-breed analytics, with its technological expertise and customer-driven innovation, enables its clients to achieve competitive advantage in a rapidly changing marketplace. Qontigo’s global client base includes the world’s largest financial products issuers, capital owners and asset managers. Created in 2019 through the combination of Axioma, DAX and STOXX, Qontigo is part of Deutsche Börse Group, headquartered in Eschborn with key locations in New York, Zug and London.
www.qontigo.com

Neguac residents to benefit from important upgrades to the Neguac Sportplex

Evergreen Products Sets its Sights on E-Commerce, NFT's and the Future of Fashion

Neguac residents to benefit from important upgrades to the Neguac Sportplex

Evergreen Products Sets its Sights on E-Commerce, NFT's and the Future of Fashion