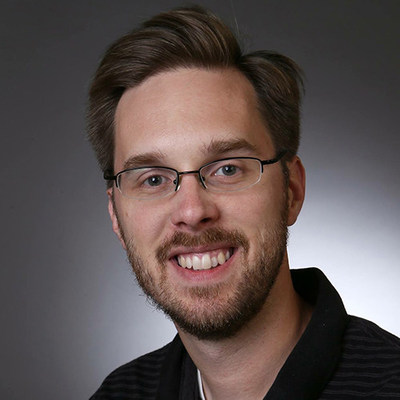 “Josh Renaud has produced a strong body of journalistic work over his career but the Board of Governors of the National Press Club, along with our Press Freedom Team and the board of the National Press Club Journalism Institute were particularly impressed with Josh’s recent journalism involving a vulnerability he uncovered on a website belonging to the State of Missouri’s Department of Elementary and Secondary Education. That vulnerability had left the Social Security numbers of public educators exposed and Josh’s diligence led to the security flaw being corrected. For this work Josh received the Horace Mann Friend of Education Award from the Missouri National Education Association. But his watchdog reporting also elicited scorn and threats from Missouri Governor Mike Parson.

“Parson announced a criminal investigation into Renaud’s work and called his public service reporting ‘a hack’ and accused the Post-Dispatch of having a vendetta against him. While it has become a deeply regrettable national trend for some public officials to attack the press, this seemed to us a particularly egregious example as the Missouri governor was calling for Renaud to be punished before an official investigation had even taken place. We further note that Renaud alerted Missouri public education officials to the security flaw in advance of story publication and agreed to hold the story until officials had time to fix it.

“Eventually the County Prosecutor announced he would not file charges. But Governor Parson has continued to refer to the Post-Dispatch investigation as a ‘hack’ and offered no apology. Of the whole ordeal, Renaud states: ‘The Governor used his executive powers to persecute me, a journalist who exercised his First Amendment rights. Whatever his motivation, it was just plain wrong. We cannot allow public officials to attack journalists as a way to distract the public from their failings or as a way to score political points.’

“We were particularly interested in recognizing Josh because he is part of an important and growing direction that public service of journalism is taking in this country. As a developer and a data journalist, Josh and other entrepreneurial journalists like him are pioneering how to use technology to highlight and expose government failings. And as we are finding in response, more and more government officials are using threats to try to intimidate journalists away from this important watchdog role. But this essential journalism must continue, and it must continue all over the country.”

The John Aubuchon Award is named for a past Press Club President who had a keen interest in issues of press freedom. The Club announces one Domestic honoree and one International honoree each year. The 2022 International Aubuchon honoree, announced last week, is Indian Journalist Rana Ayyub. The Awards are formally presented at the Fourth Estate Gala, held at the National Press Club in the fall.

Founded in 1908, the National Press Club is the world’s leading professional organization for journalists. With 3,000 members representing nearly every major news organization, the Club is a leading voice for press freedom in the U.S. and worldwide.

The National Press Club Journalism Institute promotes an engaged global citizenry through an independent and free press and equips journalists with skills and standards to inform the public in ways that inspire civic engagement.