Despite the COVID-19 pandemic, NASA and SpaceX continue preparations for the historic mission on May 27, when for the first time since 2011, astronauts will fly into space from the United States and not aboard. ‘a Russian rocket.

On May 27 at 4:42 p.m. local time, at the legendary Kennedy Space Center in Florida, from where Neil Armstrong and his teammates took off for the Moon, a Falcon 9 rocket from the company created by Elon Musk will light their engines with a completely new capsule attached to its top called the Crew Dragon. American astronauts Bob Behnken and Doug Hurley will be tied there, address: the International Space Station.

The two men have been training for years for this demonstration mission with a strong geopolitical dimension: if the plane delivers on its promises, the United States will no longer have to buy seats on the Russian Soyuz, the only vehicles capable of meeting the station since the American ferries were retired after thirty years of service nine years ago.

Added to this is the materialization of a new economic model for the space agency: NASA has invested billions in the development of the spacecraft and another by Boeing, but as a client, based on a service contract, where SpaceX and Boeing will have to make six round trips to the ISS. A model that is supposed to avoid the financial chasms of previous programs, or that of the future SLS heavy rocket targeting the Moon in 2024.

Crew Dragon will succeed the only four vehicles “made in the USA” That astronauts have been sent into space since the 1960s: Mercury, Gemini, Apollo, and space shuttles. 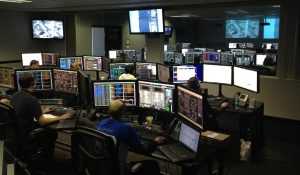 “We are doing it in the midst of the coronavirus pandemic. This is a high priority mission for the United States of America, “said Jim Bridenstine. But, pandemic forces, NASA does not want crowds crowding the beaches along Cape Canaveral.” We are asking people not to go to the Kennedy Space Center, “said the NASA chief.

“Obviously it is disappointing that the pandemic is depriving us of the luxury of having our families and friends in Kennedy to attend the launch, but it is obviously impossible in the current environment,” said Doug Hurley, who attended the latest robbery of a space shuttle in July 2011.

The astronauts will be quarantined in Houston two weeks earlier and will then be flown to Florida on a NASA plane. Meanwhile, NASA teams in Houston and Florida and SpaceX in Los Angeles wear masks and gloves, and half of SpaceX‘s engineers are telecommuting, according to Gwynne Shotwell, SpaceX‘s director of operations.

On launch day, in the control room, NASA engineers will work from positions separate from the statutory “six feet” (two meters), said Steve Stich of NASA.

Bob Behnken and Doug Hurley, who have been training for years on this mission called “Demo-2”, will remain on the ISS for up to one to four months, with Crew Dragon being able to stay in orbit for 119 days. For SpaceX, a company founded in 2002 by Elon Musk who also created Tesla, the flying astronauts will be a consecration.

The former start-up has pawned the giant Boeing, which has missed its unmanned demo mission for its Starliner capsule and will have to start again.

SpaceX has supplied the ISS 19 times with equipment and food with the cargo version of Dragon since 2012, and the manned version successfully completed a mission test, with a mannequin on board, in March 2019.

The company has established itself as the leader in private launches with its reusable rocket, Falcon 9, whose first stage returns to land on a barge in the Atlantic, vertically.

“I will feel a little relieved when they are in orbit, a little more when they get to the station, and I will go back to sleep when they return to Earth,” said Gwynne Shotwell. On Thursday, NASA also selected SpaceX from three companies competing to build a landing gear. Boeing was not detained.

Jeremias Eilenberghttps://weeklyreviewer.com/author/reviewauthor/
Writing has always been a dream for me. I've written throughout college for gaming and tech industry reviews. Here at WeeklyReviewer, I get to pursue my hobby of writing; I am a gamer and an industry follower in my endeavors. I'll get to the root of the problem and report what you need to know.
Facebook
Linkedin
Mail
Paypal
Pinterest
Reddit
RSS
Twitter
Youtube
@weeklyreviewer
Follow