TORONTO, Sept. 15, 2021 /CNW/ – Ontario midwives have been listed in a CBC report cataloguing the many courtroom losses of the Ford government as public groups bring cases forward to uphold their rights. Many of the cases listed have been appealed by government. 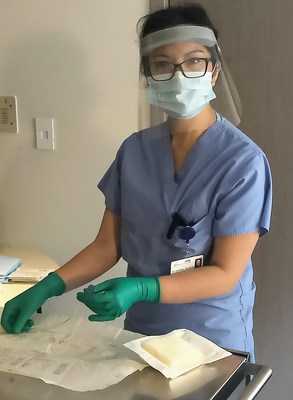 “We have seen repeatedly that actions consistent with Ontario’s Human Rights Code are disregarded by the Conservative Ford government,” says Jasmin Tecson, RM, President of the Association of Ontario Midwives (AOM). “This is not just about fair pay but about correcting the government’s discrimination against our gendered profession. It heaps insult onto disrespect to force midwives to continue to pay out-of-pocket to hold the government accountable for its discrimination.”

Ontario’s midwives had a historic pay equity win with the Human Rights Tribunal in 2018, followed by orders to remedy the discrimination issued in February 2020. The Divisional Court in June 2020 unanimously and decisively rejected the Ontario government’s application for judicial review while calling Ministry arguments “misleading” and “disingenuous.” The government refused to accept the HRTO and Court rulings and will be making the same improper arguments before the Ontario Court of Appeal on November 10, 2021.

The cases listed in the CBC report are further examples of inappropriate use of taxpayer dollars, at a time when the public is clearly demanding progress and the protection of human rights.

“The Ford government’s tactic of using Ontarians’ tax dollars and government resources to fight against justice shows this government’s true colours,” says Elizabeth Brandeis, RM, Vice President of the Canadian Association of Midwives and former President of the AOM. “Pay equity and valuing our frontline workers are essential to a healthy economy. The Ford conservatives can’t claim to support economic recovery while misusing public funds to fight against pay equity and undervaluing essential workers.”

“Ontario Midwives are committed to continuing the fight for pay equity,” Tecson asserts. “This is not just for midwives. We are standing up for other workers who face discrimination in how their work is valued. We are calling on the Ford government to stop violating the Human Rights Code. We are asking for the government to immediately withdraw their wasteful appeal.”

The AOM advances the clinical and professional practice of Indigenous/Aboriginal and Registered midwives in Ontario with a vision of midwives leading reproductive, pregnancy, birth & newborn care across Ontario. There are over 1,000 midwives in Ontario, serving more than 250 communities across the province. Since midwifery became a regulated health profession in 1994, more than 250,000 babies have been born under midwifery care.