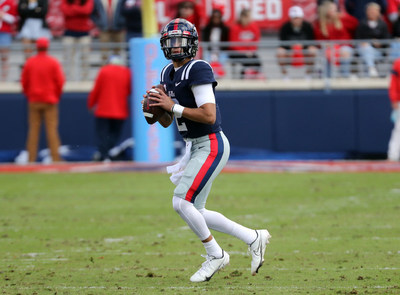 “We have the talent, players and leadership and we put all the missing pieces together (this season)” – Matt Corral

Corral, a redshirt junior from Ventura, California, was the third leading passer in the SEC with 3,334 yards, completing 68.3 percent of his passes for 20 touchdowns and only four interceptions, including 26 of 34 passes for 234 yards in a thrilling 31-21 victory for the Rebels against Mississippi State in the 94th annual Battle for the Golden Egg rivalry game.

The Ole Miss quarterback topped two other finalists for the award, including Mississippi State quarterback Will Rogers and Jackson State quarterback Shedeur Sanders. Corral also is the 12th leading rusher in the SEC with 597 yards and 11 touchdowns and led the Rebels to their first 10-win regular season in school history.

The trophy was presented during a sold-out Mississippi Sports Hall of Fame (MSHOF) awards banquet, which also featured special remarks from CBS NFL football analyst Charles Davis. The award is named after Charlie Conerly, a Mississippi Sports Hall of Famer, college All-American, an NFL rookie of the year and NFL All-Pro who quarterbacked the New York Giants to a world championship.

Corral is semi-finalist or finalist for virtually every major award in college football this year, including the Maxwell Award, the Walter Camp Player of the Year and the Davey O’Brien Award. His name has also prominently been mentioned as a dark horse candidate for the Heisman Trophy. He is one of five finalists for the 2021 Johnny Unitas Golden Arm Award.

C Spire has sponsored the outstanding player awards program for football since 1998. The trophy is awarded to the nominee selected as the top player by news media covering college football in the state. “We’re very pleased with the caliber of players selected as nominees and finalists for the C Spire Conerly Trophy this year,” said Jim Richmond, vice president of Marketing for C Spire. “Our winner is not only a great football player, but an outstanding young man with good character, a leader with a positive attitude and a terrific work ethic.”

About C Spire
C Spire is a diversified telecommunications and technology services company that provides world-class, customer-inspired wireless communications, Gigabit fiber-backed consumer Internet access as well as a full suite of dedicated Internet, wireless, IP Voice, data and cloud services for businesses.  This news release and other announcements are available at www.cspire.com/news. For more information about C Spire, visit www.cspire.com or follow us on Facebook at www.facebook.com/cspire or Twitter at www.twitter.com/cspire. 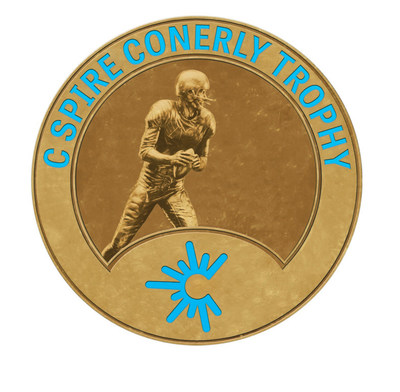