THUNDER BAY, ON, June 29, 2021 /CNW/ – Marten Falls First Nation has agreed to join the class-action litigation on drinking water advisories in First Nation communities, which will be led by Olthuis, Kleer, Townshend (OKT) LLP and McCarthy Tétrault LLP. Marten Falls has decided to participate in this class-action lawsuit because it has been under a boil water advisory for over 20 years. The lack of potable water in the community has resulted in illness, an unnecessary loss of opportunities amongst community members, and a burdensome distribution process. 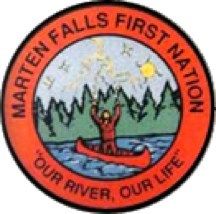 The administration of clean drinking water to community members has been onerous. Bottled water is flown into the community and distributed to community members at the airport. Marten Falls is responsible for paying the upfront costs of these water resources and their transportation, which can cost up to $40,000 per month. Although the federal government reimburses Marten Falls for these expenses, the cost of buying and transporting water puts a significant strain on the community’s limited financial resources. The reimbursement process is also slow and partial since the community shares water with non-band members in the community like teachers, contractors, and guest workers who are not covered. To put this into perspective, from 2014-2015, Marten Falls had to wait an entire fiscal year to be reimbursed for its bottled water.

In addition to upfront costs, the distribution process also poses challenges for accessibility and waste management. In regard to accessibility, the airport is not easily accessible by all community members, since not all community members have access to means of transportation. For those who are fortunate enough to have means of transportation, they still experience accessibility issues when faced with treacherous travel conditions due to bad weather. As for waste management, it has become increasingly difficult to manage the plastic waste that comes from heavy bottled water usage. Marten Falls does not have a recycling facility, nor are there any nearby. This means that used water bottles are either burnt or buried at the landfill, where they decompose and leach hazardous chemicals into the groundwater.

The objective of this class-action is two-fold. First, it sets out to obtain compensation for First Nations affected by drinking water advisories. Second, it endeavours to obtain a declaration from Canada that it will work with First Nations to provide access to clean water, which includes requiring Canada to construct and fund water systems for communities. The Chief and Council of Marten Falls believe that by participating in this legal challenge, the community’s water crisis can finally come to an end for the long-term. Marten Falls has suffered enough, and the community’s infrastructure issues need support and long-term operations and maintenance commitments.

Marten Falls is in the midst of a chronic housing shortage. The community’s housing program is stagnant and there are no plans for housing development on the horizon. Multigenerational living is on the rise in the community (2 to 3 generations per household) because of limited housing options. There has also been an increase in the community’s homeless population, since Marten Falls does not have enough housing options (including communal buildings) for its community members. To complicate matters, numerous house fires have recently taken place. These incidents highlight a lack of critical infrastructure appropriations needed for a community fire hall, fire truck and related apparatus to ensure community safety and well-being.

On the topic of housing and fire service infrastructure, Chief Bruce Achneepineskum says: “I have been lobbying the federal government for critical housing and fire infrastructure for years. Recently, I spoke about the critical issue of no firefighting resources in our community at the 2019 Chiefs of Ontario meeting. We already have a housing crisis and when there is a fire, our existing houses burn down and jeopardize the life of our membership. We can only stand by and watch our houses burn. This is our situation in the 21st century and we can’t even respond to a fire with a firetruck. Fires make the lack of housing situation worse, making homelessness another critical community challenge. These are related issues, and we cannot ignore them. This must change. The status quo is just not acceptable.”

Overall, there is simply no movement towards accommodating community growth and development, and the federal government is to blame. The Government of Canada is responsible for housing in the community, but they have done little to help Marten Falls. Moreover, the recent pilot project that took place in the community, and the subsequent documentary on the project, propagated that Marten Falls’ housing crisis had been resolved when it was not. The purported success of the project is completely disconnected from the reality that the community faces. Funding allocations reflect the commitments of a government. Funding for the housing pilot project was inadequate, came with allocation inequity between First Nations, never delivered the staff training and capacity it was supposed to, and to make matters worse the project was abandoned before completion.

The bottom line is that Marten Falls has resource-rich lands with valuable minerals, and yet, the community continues to live in poverty. This needs to change. The community has started to exercise its own jurisdiction by leading development in the Ring of Fire region. It is on its way to achieving a sustainable future, through a vision of economic reconciliation and an expected renewed commitment to our treaty promises. Our treaty partners, Canada and Ontario, must live up to their promises of reconciliation by addressing the crises that plague the reserve, which is a function of the dated Indian Act and is in need of complete overhaul to establish government-to-government relations and stop the propagation of segregation and assimilation policies.

Marten Falls calls on the Government of Canada to provide Marten Falls First Nation with more housing and infrastructure appropriations, based on the federal government’s current responsibility towards our First Nation and our treaty relationship. Additionally, more needs to be done on Indigenous Services Canada’s part to work collaboratively with Marten Falls to improve community infrastructure. These improvements will help address the inequitable socio-economic conditions found within the community and immediate community needs. The Assembly of First Nations (AFN), Chiefs of Ontario (COO) and Nishnawbe Aski Nation (NAN) should also focus more of their attention on housing and homelessness to ensure that life on-reserve improves.

These are systemic issues, and they require the attention of Canadian governments and Indigenous organizations. The governments of Canada and Ontario must come to the table on these issues with our governments. Marten Falls also expects to see policy whitepapers and recommendations from these Indigenous organizations to help resolve the housing crisis, fire service infrastructure crisis, and homelessness within our community and across Indigenous communities in Canada. Finally, the community’s leadership wants to hear back from Indigenous Services Minister, Marc Miller to start a dialogue on a path forward immediately.