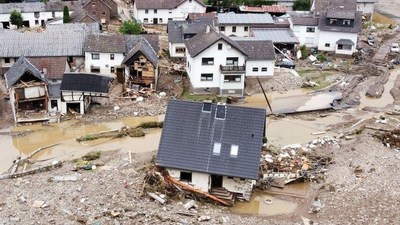 Some 228 people died in what German Chancellor Angela Merkel described in a Reuters report as “terrifying,” adding that, “the German language can barely describe the devastation that has taken place.” This prompted LifeWave, headquartered in San Diego, USA, to provide products that care for the minds and bodies of disaster victims.

LifeWave manufactures thin, non-transdermal patches that support energy, sleep, and relaxation, by stimulating over the skin like acupressure. The patch is easy to carry, painless, effective, easy to use, and suitable for such disasters.

“When we got the call, we did not hesitate to lend a hand to help those battling the unprecedented flooding and fallout,” said Jim Caldwell, LifeWave’s Chief Marketing Officer. “Our LifeWave team showed solidarity and support for our German friends, their families, and first responders with shipments of LifeWave products to help them combat stress, sleeplessness and overall discomfort.”

LifeWave prepared packages for their global family and also reached out to the Red Cross and the European Union with additional offers of assistance. Through local distributors in the United States and on the ground in Germany, the company air freighted some dozen shipments of Y-Age Aeon (to reduce stress and promote relaxation), Night Wave (to enhance sleep quality), and Ice Wave (to support relief from minor aches and pains).

Germany’s 100-year floods damaged neighborhoods, buildings, and railways. It resulted in untold property damage and even threatened priceless museum archives. Many German citizens are still without gas or electricity particularly in the hard-hit North Rhine-Westphalia region. LifeWave continues to offer assistance in the form of health and wellness products that promote stress relief and a good night’s sleep.

To provide assistance or relief to affected Germans during this challenging time, please visit Germany’s Relief Coalition at: https://www.aktion-deutschland-hilft.de/en/germany-floods-donate-now.

About LifeWave
LifeWave products tap the body’s natural energy reserves and innate resiliency. They’re recommended by a broad spectrum of health practitioners and sold in over 70 countries throughout the world. The company was founded in 2004 and has grown to over 200 employees with offices in the US, Ireland, Japan, Taiwan, Philippines, and Malaysia and over a dozen distribution centers worldwide.