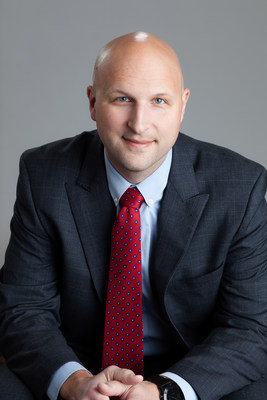 Since joining Life Flight Network in 2015, Clayton has served the organization in a variety of operational and safety leadership roles. In his most recent positions as the Chief Operating Officer and Interim Chief Executive Officer, Clayton led the organization through the extraordinary challenges and uncertainty presented by the COVID-19 pandemic. Clayton guided the restructuring of several departments, while at the same time creating sustainable operational efficiencies. Additionally, he oversaw the opening of new Life Flight Network bases in Salem, Oregon, and in Lewiston and Coeur d’Alene, Idaho.

“We are fortunate to have Ben’s expertise and experience on our team as we work to increase our capacity to meet the region’s growing need for critical medical transport,” said Dr. Tom Lorish, Chief Executive of Outreach and Strategic Affiliation for Providence Health and Services and the Life Flight Network Board Chair. “Ben is a proven leader and has helped Life Flight Network provide life-saving air medical resources to our communities during challenging times, while also ensuring we consistently meet the highest standards of safety and quality.”

Prior to joining Life Flight Network, Clayton served as a helicopter pilot and Aviation Safety Officer in the United States Marine Corps. During this time, he participated in multiple land and ship-based deployments including to Iraq and several countries in the Western Pacific and Southeast Asia. He trained extensively in complex operations and in aviation safety.

Clayton came to Life Flight Network as a helicopter pilot transporting ill and injured patients, and quickly moved into an aviation training role.  With his extensive expertise in safety, Clayton was promoted to Director of Safety and Risk Management before becoming the organization’s Chief Safety Officer. His success in that role led to him being named Chief Operating Officer in June 2020.

“I have dedicated my career to ensuring the safety and health of the organizations I’ve worked for and the people they serve,” said Ben Clayton, Chief Executive of Life Flight Network. “It’s been an honor to serve the communities in this region for the past seven years, and I look forward to continuing to expand their access to quality healthcare in my new role.”

Clayton grew up in Canby, Oregon, and graduated from Oregon State University with a bachelor’s degree in general science.

Life Flight Network, a not-for-profit air medical service, is accredited by the Commission on Accreditation of Medical Transport Systems (CAMTS), the National Accreditation Alliance of Medical Transport Applications (NAAMTA), and Helicopter Association International (HAI). Life Flight Network is the largest not-for-profit air medical transport service in the United States and maintains its own FAA Part 135 Operating Certificate. It offers ICU-level care during air and ground transport across the Pacific Northwest and Intermountain West. Headquartered in Aurora, Oregon, Life Flight Network is owned by a consortium of Legacy Health, Oregon Health and Science University, Providence Health and Services, and Saint Alphonsus Regional Medical Center. It was named the 2021 Program of the Year by the Association for Air Medical Services. For more information about Life Flight Network or to become a member, visit www.lifeflight.org.