Developed in partnership with Kroger, the new loaf is available in stores as of Sept. 7, 2022 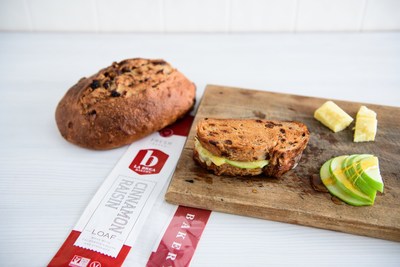 “This loaf is a great addition to our portfolio, as it brings a slightly sweet option to our product line,” said Brie Buenning, Director of Marketing for La Brea Bakery. “We’ve also seen more consumers interested in breakfast at home and nostalgic flavors right now. This new product is a perfect fit, and we’re excited to bring an elevated cinnamon raisin bread experience to the market.”

The Cinnamon Raisin Loaf was developed through a Kroger-La Brea Bakery partnership, which identified a gap in the in-store bakery category. “As a classic bakery favorite, cinnamon raisin bread is versatile and continues to grow in popularity, but you don’t see it in the in-store bakery fresh artisan bread offerings,” said Christy Benken, Kroger Category Manager, Bakery – Bread and Rolls. “This delicious new loaf fills an unmet consumer need.”

La Brea Bakery is North America’s No.1 artisan bread brand. Since 1989, La Brea Bakery has focused on crafting true artisan bread with its original recipe, high quality ingredients and dedication to the artisan process. Based in Los Angeles, the brand has revolutionized the modern artisan bread movement and won over the culinary community and consumers with its hearth-baked, handcrafted breads sold at online retailers and grocery stores across the country.