Iran resistance leaders call for prosecution of Khamenei and Raisi for their role in the massacre of more than 30,000 political dissidents

WASHINGTON, July 9, 2021 /PRNewswire/ — The largest international event dedicated to justice and human rights in Iran, the annual Free Iran World Summit, will livestream July 10-12 via social media and satellite television. The event is hosted by Iran Freedom, the most extensive grassroots network for Iranian liberation. 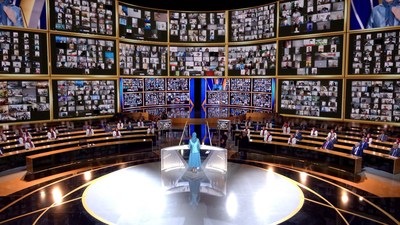 Following the success of last year’s event that hosted millions of viewers from five continents and 177 countries, the event will be broadcast live in an extended three-day summit where Iranians and resistance supporters from 50,000 locations across 105 countries and throughout Iran will join members of the Mojahedin-e-Khalq (MEK/PMOI) in Ashraf 3.

Simultaneously, thousands of Iranians will gather at Brandenburger Tor in Berlin and hold assemblies in 16 capitols and major cities around the world, including Paris, Washington, D.C., London, Amsterdam, Stockholm, Oslo, Vienna, Rome, Budapest and Geneva.

Event attendees and speakers will unite to call for equality, justice and human rights in Iran.  Some are also expected to publicly call for the prosecution of heads of the mullahs’ regime, Ali Khamenei and recently appointed Ebrahim Raisi following Iran’s controversial election.

“Installing as president a mass murderer and a criminal against humanity reflects the regime’s desperation [and] foreshadows the overthrow of the ruling theocracy. Raisi must face justice in an international tribunal,” said NCRI President-elect Maryam Rajavi in response to the election’s results.

The livestreamed experience will begin at 9 a.m. EDT and is free and open to a global audience at any of the following online locations: