DENVER , June 30, 2022 /PRNewswire/ — Colorado Avalanche players hoisted the Stanley Cup Trophy on stage in front of City Hall in Downtown Denver on Thursday to celebrate the team’s third NHL title in franchise history and first in 21 years. Hundreds of thousands of Avalanche hockey fans packed into Denver’s Civic Center Park to join in the celebration after a parade of firetrucks carried the players, coaches and the fabled trophy through the heart of the city. 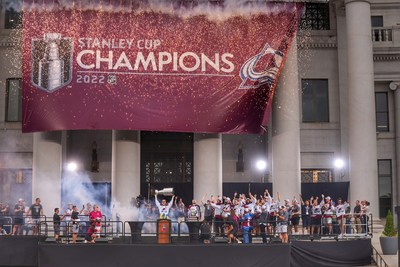 The victory also delivers on Denver’s reputation as a world-class sports town. The Mile High City is home to six professional sports teams.