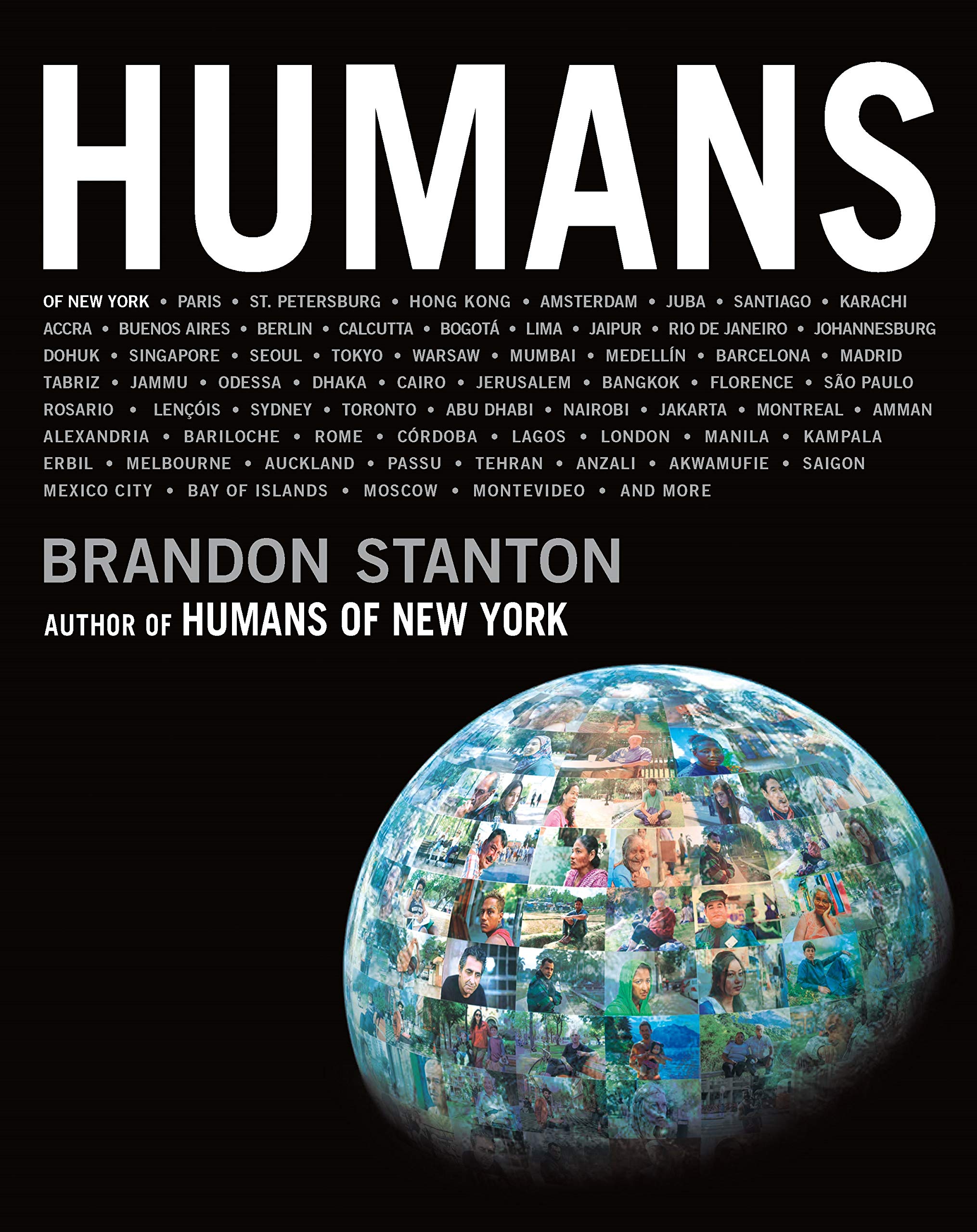 “Just when we need it, Humans reminds us what it means to be human . . . one of the most influential art projects of the decade.” ―Washington Post

Brandon Stanton’s new book, Humans―his most moving and compelling book to date―shows us the world.

Brandon Stanton created Humans of New York in 2010. What began as a photographic census of life in New York City, soon evolved into a storytelling phenomenon. A global audience of millions began following HONY daily. Over the next several years, Stanton broadened his lens to include people from across the world.

Traveling to more than forty countries, he conducted interviews across continents, borders, and language barriers. Humans is the definitive catalogue of these travels. The faces and locations will vary from page to page, but the stories will feel deeply familiar. Told with candor and intimacy, Humans will resonate with readers across the globe―providing a portrait of our shared experience.

My dad is a Rasta man. He was born in the mountains. A real, real Rasta man…


He had a marijuana farm, so we only ate when people bought our weed. And we never ate meat. Whenever we caught fish in the sea, he’d make us throw them back. There were ten of us, so we never had a big education. But he taught us to love people. And to love God. And to be happy. Sometimes after school we’d all go swimming at a place called Pirates Cave. The land was owned by a man named Dread Lion, and he had lots of dogs. We could never walk across the property so we swam the whole way there. And if Dread Lion ever saw us, we had to quickly jump off the cliffs. That’s how I learned to dive. Now I dive for the tourists and they give me tips. I save the coins in a little pan, and pick at it when the seas are rough. I’d like to buy a little house one day. And maybe have a boat. And a nice woman to take care of me. But if I don’t get all the things I want, I won’t complain. I’m going to love God the same way. And treat people the same way. And be happy the same way.

My husband got involved with a younger woman at work…


I was relaxed about it at first. He’s thirteen years younger than me. But then she got pregnant. Luckily through the divorce process I had the opportunity to take over this hole-in-the-wall place with no heating, which I turned into an art studio. And now I’m living my best life. Everything is for sale except the pink chandelier and the dog. Anyone is free to stop by at any time. You can eat or drink whatever you want. All the young people in the neighborhood love me. I’m the oldest person in our friend group. Everyone else is in their twenties or thirties. They call me Queen Mama. I call them my adopted kids. I always help them with their school projects and resumes and interviews. I only ask one thing in return. Each of them has to teach me one new thing every week: a piece of music, a trend, an idea. Just so I can stay up to date. Before you take the photograph, let me go inside and put on some makeup. We were out until two last night.

My parents aren’t giving me the freedom to be responsible…


Mama’s fine. But Papa is an Egyptian father. He wants me to always be in a safe, cozy home. Recently I wanted to go on an educational trip to Sri Lanka. I begged him. I said, ‘Please, I’ll be living with a family. I’ll call you ten times a day.’ But he wouldn’t listen. I locked myself in my room and cried. I wanted that experience. I wanted to meet beautiful people, and eat beautiful food, and take beautiful photos. I know my dad very well. He just doesn’t trust people. He thinks that I’m naïve. He thinks that everyone who helps you wants something in return. But that’s not why I help people. I love people. I love languages. I can even speak a little Hindi. I want to see every village and every city. I even want to work for NASA one day. I love physics and astronomy. But Papa thinks astronomy is a bad idea. He doesn’t get it. It’s not that he doesn’t understand the stars. He just doesn’t understand me.

How to Keep House While Drowning: A Gentle Approach to Cleaning and Organizing

The Great Alone: A Novel