HUNTERSVILLE, N.C., Dec. 2, 2022 /PRNewswire/ — For the second consecutive year, Hercules Tires will be the title sponsor of the Sun Belt Football Championship game to be broadcast on Saturday, Dec. 3, on ESPN. 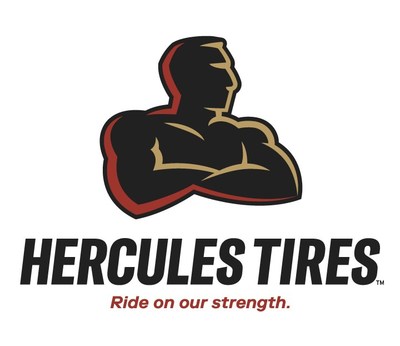 Negotiated by Sun Belt multimedia rights partner Van Wagner in 2021, the multi-year agreement marks one of the largest sponsorship agreements in Sun Belt history and provides Hercules Tires not only Title Sponsorship of the Football Championship, but also designation as the Official Tire of the Sun Belt Conference as well as Title Sponsor of the men’s and women’s basketball championships.

As part of its sponsorship, Hercules Tires has an integrated marketing presence throughout the year, allowing the brand to connect with alumni, fans, students, and employees of Sun Belt schools.

“As a proud partner of the Sun Belt Conference, we’re looking forward to seeing two great schools battle it out in their first matchup this season,” said Joshua Simpson, president of Hercules Tires. “Our sponsorship provides Hercules with the opportunity to have our brand reach millions of college football fans nationwide through ESPN and in key U.S. markets where the Hercules brand is looking to grow.”

Hercules Tires, which celebrated its 70th anniversary this year, has invested in a wide range of sports marketing sponsorships in the U.S. and Canada to increase awareness of its brand with consumers. In addition to its collegiate sports sponsorship of the Sun Belt Conference, the brand also has partnerships with the Big South, Big West, MAC, WAC, CIAA and Southland Conferences.  Additionally, partnerships that round out the Hercules portfolio include: Hamilton Tiger Cats CFL team, major league fisherman Josh Douglas and Josh Bertrand as well as sprint car driver Greg Wilson.

To follow Hercules Tires activations, as well as Sun Belt football, be sure to visit @SunBelt and @HerculesTires on Twitter and Instagram. For more information about Hercules Tires, visit  https://www.herculestire.com.

About Van Wagner
Van Wagner is a leading entertainment and sports agency, with global expertise in filmed and live entertainment, sponsorship sales, multimedia rights, and out of home advertising. Van Wagner, creates, advises, and sells on behalf of world-class teams, leagues, brands, properties, and colleges. An innovator in the sports and media business, Van Wagner is a global leader in high-impact broadcast visible signage throughout the MLB, NBA, NCAA, and international soccer, sponsorships sales, college multi-media rights, and in-venue content production at the world’s biggest sporting events. For more information, visit www.vanwagner.com.