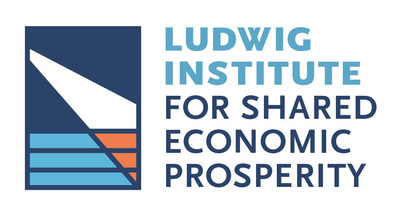 In its monthly True Rate of Unemployment (TRU) report, LISEP found that the percentage of American workers unable to find a living-wage job grew to 25.1% for the month of February, an increase of 0.7 percentage points over the 24.4% January rate.

“Now is the time to work toward the creation of quality jobs, not just jobs that don’t pay a living wage,” Ludwig said. “These numbers underscore the serious economic hardship families are facing – even as they return to the workforce – and the need for a robust federal response. Our focus should not be to get back to where we were pre-pandemic – we have to do better.”

The February TRU, a measure of the “functionally unemployed” – defined as those who are jobless, or who are seeking full-time work but unable to secure a position that earns above poverty-level wages – shows a contradictory trend to the monthly unemployment report issued by the U.S. Bureau of Labor Statistics (BLS). The BLS reported an improvement in the U.S. jobless rate, from 6.3% in January, to 6.2% in February.

The disparity between the two reports is an indication that any new jobs created are failing to provide a living wage, previously discouraged workers reentering the workforce are still unable to find jobs, or existing positions are seeing reduced hours, according Ludwig.

“We must be cautious in interpreting encouraging economic blips as signs of an imminent recovery,” Ludwig said. “For a recovery to be sustainable, all segments of the population must have the opportunity to participate equally. We have no indication that is happening right now. With the tools available through the new economic stimulus package, that is where we should direct our energies.”

Ludwig noted that while some encouraging signs in the February report include an improvement in the TRU for Black workers, from 30.7% to 30.1%, it still remains alarmingly high and more than 7 percentage points higher than their White counterparts, which sits at 23.0%. And the gender gap continues to grow: The TRU for male workers was down slightly (from 20.9% to 20.8%), while the rate for women increased, from 28.5% to 30.0%.

Other findings include continued difficulty among workers with lower educational attainment. More than half of those without a high school diploma, 51.2%, are unable to find a living-wage job. This is a 4.5 percentage point increase over January.

About TRU
LISEP issued the white paper “Measuring Better: Development of ‘True Rate of Unemployment’ Data as the Basis for Social and Economic Policy” upon announcing the new statistical measure in October. The paper and methodology can be viewed here. LISEP issues TRU one to two weeks following the release of the BLS unemployment report, which occurs on the first Friday of each month. The TRU rate and supporting data are available on the LISEP website at www.lisep.org.

About LISEP
LISEP was created in 2019 by Ludwig and his wife, Dr. Carol Ludwig. The mission of LISEP is to improve the economic well-being of middle- and lower-income Americans through research and education, and seeks to advance the dialogue around policy solutions to improve the well-being of all Americans.

About Gene Ludwig
In addition to his role as LISEP chair, Gene Ludwig is founder of the Promontory family of companies and Canapi LLC, the nation’s largest financial technology venture fund. He is the chairman of Promontory Financial Group and chairman and CEO of Promontory MortgagePath, a technology-based mortgage fulfillment and solutions company. Ludwig is the former vice chairman and senior control officer of Bankers Trust New York Corp., and served as the U.S. Comptroller of the Currency from 1993 to 1998. He is also author of the book The Vanishing American Dream, which investigates the economic challenges facing low- and middle-income Americans. It was released in September 2020 by Disruption Books.