SAN FRANCISCO, Jan. 7, 2022 /PRNewswire/ — Richie Greenberg, San Francisco community activist and chairman of the committee seeking the recall of that city’s District Attorney Chesa Boudin has today cautioned the people of Manhattan, on the startling policies announced by their just-elected DA Alvin Bragg. 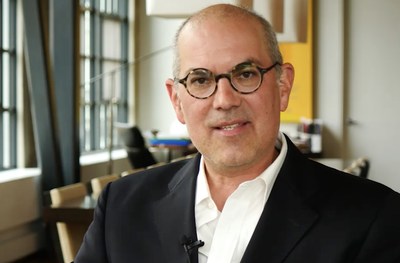 “The safety, security and quality of life of San Francisco’s residents, business owners and tourists alike has dropped to astonishingly low levels, and crime risen so sharply, our city’s police department cannot keep pace. Residents are fleeing, stores looted, tourism and conventions at historic lows, people are dying and even pets stolen at gunpoint. Patrons dining at sidewalk cafés are robbed right at their tables. Good samaritans, trying to scare off criminals, get shot at.”

“In our city, the DA’s office routinely releases arrested perpetrators, often drug dealers, back onto the streets within hours, to commit additional crimes or sell fentanyl again. This lack of virtually any accountability has given the green light for criminal activity across every part of town with impunity. Video of atrocious crimes recorded in the act have exposed the near free-for-all, making national news, which you have probably seen. San Francisco is a disgrace, an embarrassment, and wholly unsustainable.”

“Manhattan has a new DA, Alvin Bragg, with chillingly similar ideology and directives as our chief prosecutor; this will not go well for you. Take it from us. For two years, San Francisco has greatly suffered under the false premise of “restorative justice” and “decarceration”. Expect Bragg’s supporters to push back against your efforts to resist his new policies. You’ll be chastised, insulted and countered with flawed crime data and irrelevant narratives. “

“It is unfortunate voters of Manhattan have succumbed to rhetoric and talking points already proven wrong elsewhere in electing Alvin Bragg. My stern warning to you, the great city of New York, is to never allow your DA to simply toss prosecution aside in the name of radical ideology. You must push back, hold Bragg and his staff to task, hold them accountable. Otherwise, it will have disastrous effects for years to come. “