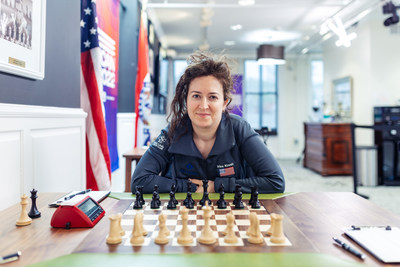 GM Irina Krush was the first player of the tournament to claim the Women’s top prize of $25,000 plus a $5,000 bonus for winning the Champions Bracket, entering the finals without a single match loss. FM Alice Lee, age 12 and the youngest player in the Women’s Tournament placed second and secured $18,000 in prizes.

“I am very honored to win the title of The American Cup. I’ve been playing chess my whole life and it’s great to have competed and won a tournament called The American Cup,” said Krush. “For me the first week of the event was the hardest but once I got past that it was more clear that I might win. I’m so pleased to have won the Women’s Field and I look forward to playing in this innovative tournament format again.”

In Day 1 of the Finals in the Open Section, GM Levon Aronian had the winning advantage but faltered at the last moment, allowing GM Fabiano Caruana to escape with a draw. Day 2 of the Finals found Caruana and Aronian in a dynamically balanced middlegame, but a slight mistake by Aronian left him in an awkward position. Caruana showed flawless technique to win the game and ultimately win the Open Section prize of $50,000 plus the $10,000 Champions Bracket bonus.

“Every match in this tournament was quite tough but I took my chances in the most critical moments against each of my opponents,” said Fabiano Caruana. “I didn’t take any match lightly against these players, some of whom are younger and can play against the best in the world. I’m extremely pleased with how the event turned out and to have won this tournament on American soil.”

“It’s amazing to host a new tournament in this unique format featuring the top American players,” said Tony Rich, Executive Director of the Saint Louis Chess Club. “We look forward to bringing this event to chess fans year after year.”

Fans can watch the full coverage of The American Cup on the Saint Louis Chess Club’s YouTube channel with expert commentary by GM’s Yasser Seirawan, Cristian Chirila and Alejandro Ramirez.

About the Saint Louis Chess Club

The Saint Louis Chess Club is a non-profit, 501(c)(3) organization that is committed to making chess an important part of our community. In addition to providing a forum for the community to play tournaments and casual games, the club also offers chess improvement classes, beginner lessons and special lectures.

Recognizing the cognitive and behavioral benefits of chess, the Saint Louis Chess Club is committed to supporting those chess programs that already exist in area schools while encouraging the development of new in-school and after-school programs. For more information, visit www.saintlouischessclub.org. 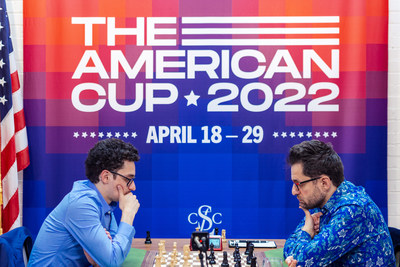 CGTN: China calls for unity among BRICS nations to boost security for all