From the Tax Law Offices of David W. Klasing – The 11th Circuit Agrees that Reckless Conduct is Sufficient to Subject Taxpayers to the Foreign Bank Account Willful Failure to Report Penalty

IRVINE, Calif., Nov. 2, 2021 /PRNewswire/ — The Federal Courts have been widening the scope of FBAR liability over the past few years.  Subjective standards dictate whether you will end up on the hook for severe penalties because of a simple failure to comply with the FBAR filing requirements set forth by the IRS & FinCen.

The 11th Circuit recently affirmed a district court’s decision to grant summary judgment in favor of the government in a FBAR civil penalty collection case.  Rum, who appealed the district court decision, made several arguments, but chief among them was that the district court applied the wrong standard of willfulness with regard to 31 U.S.C. § 5321(a)(5).  This section of the U.S. code refers to assessing civil penalties to taxpaying businesses in the United States that are found to have willfully failed to correctly file a Report of Foreign Bank and Financial Accounts (FBAR).

Rum argued on appeal that the district court and magistrate judge erred when they determined that reckless conduct was enough to satisfy the “willful” element of the statute.  Rum argued that the proper standard should be “violation of a known legal duty,” mirroring the standard used in cases under the Bank Secrecy Act.  Rum also appealed on several other grounds which the Circuit Court found irrelevant and dispatched quickly.

The 11th Circuit in its opinion cited precedent which dealt with violations from other legislation packages such as the Fair Credit Reporting Act, which contained civil and criminal penalties where willfulness was a standard.  The preceding case law held on the key issue that recklessness in civil liability was generally understood to be violative of an objective standard and therefore could rightfully be used to impute willfulness in civil cases.

What Does This Mean?

This is an important tool in the pocket of the government.  Due to the nature of the elements of most FBAR violations, the IRS has often struggled to prove their case against violators.  Penalties for more serious violations such as FBAR civil fraud are much more difficult to prove, and the inclusion of recklessness in the willful FBAR penalty standard gives prosecutors a wider safety net to catch violators where the proof available does not necessarily amount to a finding of intentional fraud.

While the ruling does not affect the difficulty of proving civil fraud or criminal violations in FBAR cases, it does make exposure for mistakes on FBAR filings both more likely and more substantial.

Note:  As long as a taxpayer that has willfully committed tax crimes (potentially including non-filed domestic or foreign tax and information returns coupled with affirmative evasion of U.S. income tax on domestic or offshore income) self-reports the tax fraud (including a pattern of non-filed returns) through a domestic or offshore voluntary disclosure before the IRS has started an audit or criminal tax investigation / prosecution, the taxpayer can ordinarily be successfully brought back into tax compliance and receive a nearly guaranteed pass on criminal tax prosecution and simultaneously often receive a break on the civil penalties that would otherwise apply.

It is imperative that you hire an experienced and reputable criminal tax defense attorney to take you through the voluntary disclosure process. Only an Attorney has the Attorney Client Privilege and Work Product Privileges that will prevent the very professional that you hire from being potentially being forced to become a witness against you, especially where they prepared the returns that need to be amended, in a subsequent criminal tax audit, investigation or prosecution.

As uniquely qualified and extensively experienced Criminal Tax Defense Tax Attorneys, Kovel CPAs and EAs, our firm provides a one stop shop to efficiently achieve the optimal and predictable results that simultaneously protect your liberty and your net worth.   See our Testimonials to see what our clients have to say about us!

Difference Between Willful and Non-Willful Penalties

Even if there is no obvious willfulness element in a taxpayer’s failure to file an FBAR, the IRS can still impose willful FBAR penalties.  However, the distinction between willfulness and recklessness is relevant because of the penalty guidelines of the FBAR penalty statutes.  Since 2004, the maximum penalty for a non-willful violation is $10,000.  In comparison, the maximum penalty for a willful violation is the greater of either $100,000 or 50% of the balance in the account at the time of violation.  For Mr. Rum, the practical difference between a finding of willfulness and a finding of non-willful amounted to over $90,000.

If you are faced with FBAR civil charges, or want to avoid them entirely, you should call the Tax Law Office of David W. Klasing today.  Our experienced dually licensed California Tax Attorneys and CPAs can provide the guidance you need to avoid stepping into costly IRS mousetraps.

It can be difficult to stay on top of the rapidly changing U.S. tax law landscape.  Understanding the myriad of international tax and information reporting statutes and how penalties are assessed in FBAR civil violations can be incredibly challenging.  The dually licensed international Tax Attorneys and CPAs at the Tax Law Offices of David W. Klasing have decades of combined experience navigating the web of IRS rules and regulations.  If you are the subject of an IRS action, call the Tax Law Offices of David W. Klasing at (800) 681-1295 or schedule online here.

See the full version of this article here: 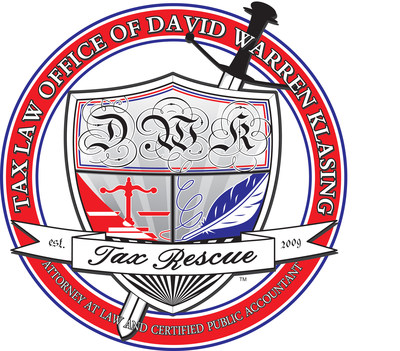