Five Years After Health Canada Approves the Abortion Pill, Awareness Among Quebec Women is Low, According to Leger Survey

TORONTO, Nov. 17, 2021 /CNW/ – Understanding therapeutic options is key when it comes to an abortion and Canadian women should be fully in the know. They should also have equal access to those options, but that may not be the case in Quebec. 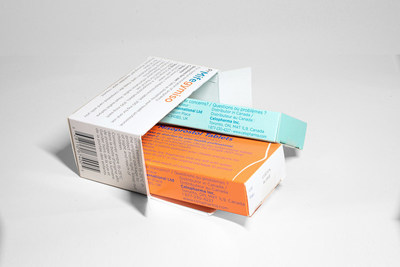 Approximately one in three Canadian women will undergo an induced abortion in their lifetimei. Although the abortion pill, a non-surgical option to end pregnancy, was approved by Health Canada in 2015 it is not clear how well known or understood this therapeutic option is. In addition to offering women an alternative procedure as well as greater access in circumstances where a surgical abortion is not available, a medical abortion has the potential to decrease the gestational age at the time of abortion.ii

According to a recent online Leger survey of 800 Quebec women conducted on behalf of Linepharma International, a lack of awareness of their options may be an important factor in the low rate of medical abortion in the province, though likely not the only reason.iii An earlier qualitative study that was part of the Canadian Contraception and Abortion Research Team and conducted among family physicians and obstetricians and gynecologists shortly after the abortion pill became available in Quebec pointed to additional barriers experienced by healthcare professionals.iv

The Leger study surveyed Quebec women between the ages of 18 and 54 and found that nearly 2/3 are unaware that a medical or pharmaceutical abortion can be obtained to end a pregnancy. Furthermore, 89% of Quebec women say that if faced with the need for an abortion, they want to be able to choose between a pill they could take at home and a surgical procedure performed in a hospital or abortion clinic.v When asked about their awareness regarding the difference between the morning after pill, Plan B and the abortion pill, Mifegymiso™ little more than half of respondents did not know these medications were used for entirely different purposes.  This further highlights the need to educate women about reproductive health.

The abortion pill Mifegymiso which combines two active chemical ingredients, mifepristone and misoprostol is indicated to end a pregnancy up to 63 days or 9 weeks. It is the international gold standard for first trimester medical abortionvi and is on the World Health Organization (WHO) list of essential drugs for medical abortion. Mifegymiso was approved by Health Canada in 2015 and has been commercially available since January 2017. Years after its approval though, awareness of medical abortion among Quebec women remains low according to the Leger survey.

Unlike in the rest of Canada where family doctors can obtain online training and where several initial restrictive guidelines were lifted, Quebec healthcare professionals face hurdles that are not in line with current Canadian clinical practice guidelines. The result suggests less equitable access to medical abortion than in other provinces.

“It is discouraging that five years after it’s authorization in Canada, awareness of this alternative medical option for the termination of a pregnancy remains low,” says Dr. Dustin Costescu-Green an Associate Professor and Sexual Health and Family Planning Specialist in the Department of Obstetrics and Gynaecology at McMaster University. Dr. Costescu is also an investigator in a Phase 4 trial for Mifegymiso. “This suggests to me that more education needs to be done to make sure that women know the options and can make an informed choice.”

Inequitable access does not sit well with Quebec women. More than nine-in-ten of those surveyed agree that Quebec women should have the same access to a non-surgical abortion as women in other parts of Canada. Considering that Mifegymiso has been available and is fully reimbursed by RAMQ, women who need or want access to a medical abortion should be able to choose the best option for them, said the respondents.

“As a company dedicated to improving sexual and reproductive health, we wanted to better understand the level of awareness and understanding that exists when it comes to therapeutic options for abortion,” says Marion Ulmann, Linepharma International’s General Manager, who is based in Toronto. “Why did we first look at Quebec? Our data showed that fewer medical abortions are performed in that province, and we wanted to expand our knowledge of awareness and intentions. The results are clear that a majority don’t know about their options and that more education is needed so they can make the best choice for themselves.” said Ms. Ulmann.

Other Survey Findings
The survey found that Quebec women are about twice as likely to prefer a pill they could take at home. More than four-in-ten Quebec women say that if they were faced with a situation where they wanted or needed an abortion, they would prefer the option of a pill roughly twice that of those who would prefer a surgical procedure performed in a hospital or abortion clinic (23%) compared to a medication abortion (9%).

How do women get the facts they need to make an informed decision? According to the survey, Quebec women have a lot of confidence in their physician. Ninety-two per cent trust that their doctor would present all available options and 85% of respondents believe that their doctor would explain that they have a choice between the abortion pill and a surgical abortion. Fewer though, (74%) would be comfortable challenging or questioning their doctor’s recommendation.