LONGUEUIL, QC, March 30, 2022 /CNW Telbec/ – In anticipation of the federal budget announcement on April 7, Daniel Gobeil, Chair of Les Producteurs de lait du Québec, wanted to remind Finance Minister Chrystia Freeland that the 2022 budget should send a clear signal to dairy producers, in keeping with the federal government’s promise to fully compensate dairy producers as a means of mitigating the impacts of the concessions it made at their expense in the trade agreement between Canada, the United States and Mexico (CUSMA). 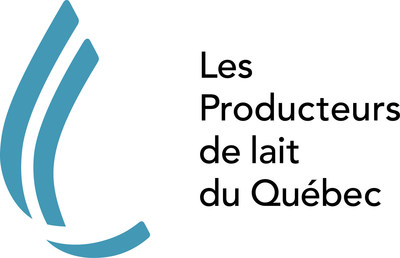 “The time has come to end the financial uncertainty hanging over our producers and help us keep the dairy industry strong. The primary sector is an important part of post-pandemic economic recovery efforts, as dairy farms can play a key role in all regions,” stated Daniel Gobeil.

Dairy producers welcomed the government’s announcement on November 28, 2020 that it would make good on its promise of providing full and fair compensation for the impacts of the previous trade agreements and accelerate the payment schedule. “But since CUSMA has actually been in effect since July 2020, U.S. products have already made their way into our markets, and the financial damage is palpable. It is now time for the government to act on its words and compensate producers,” added Gobeil.

It should be remembered that CUSMA grants additional access to the Canadian market to the tune of 100,000 tonnes of dairy products, which is equal to around 3.9% of the market, on an annual and permanent basis. Local dairy producers would have been fully capable of producing that same volume on their own, especially since their farms have been investing to keep up with the market growth. Furthermore, the products concerned by these import quotas may enter the Canadian market at any time during the year. This lack of predictability is disruptive to supply management, which actually strives to achieve a precise balance between supply and demand. In addition to the market shares that were ceded forever, changes had to be made to the dairy policy in order to comply with the requirements of the agreement, not to mention the cap on skim milk powder and protein concentrate exports, all of which comes with their own significant costs that need to be compensated.

The total financial losses for producers linked to the three trade agreements are estimated at over $450 million per year. “Our farms have been dealt a major economic blow. They cannot relocate abroad. The compensation paid by the government will be spent and reinvested locally, which will benefit our economy and our food autonomy,” concluded Gobeil.

The Canadian government has promised several times to compensate dairy producers for CUSMA since it concluded the agreement in principle in 2018. As part of his election platform last fall, Prime Minister Trudeau promised full and fair compensation to dairy producers in the first year of his mandate and repeated the promise in the mandate letter to Marie-Claude Bibeau, Minister of Agriculture and Agri-Food.

Les Producteurs de lait du Québec, affiliated with the UPA, represents Quebec’s 4,732 dairy farms, which deliver roughly 3.36 billion litres of milk, for a total of over $2.75 billion in farm receipts. Milk production and processing create around 65,000 direct, indirect and induced jobs in Quebec and contribute as much as $5.3 billion to the gross domestic product. Ultimately, they generate $1 billion in tax receipts.