WASHINGTON, Nov. 15, 2022 /PRNewswire/ — Experts from NASA and other institutions will be available by teleconference at 11 a.m. EST on Thursday, Nov. 17, to answer media questions about early science results from the agency’s James Webb Space Telescope. 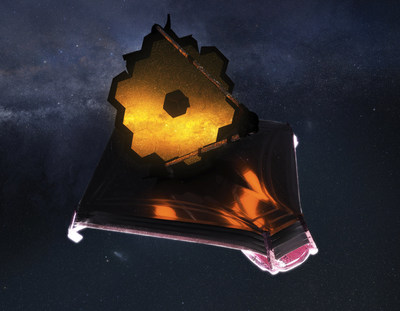 The agency will livestream audio of the teleconference on its website.

Participants will answer questions about distant galaxy research with Webb so far, including new results that will be available before the teleconference at 10 a.m. online at:

Since Webb began its mission in July to explore every phase of cosmic history, the observatory has seen early galaxies, provided a new look at planets both inside and outside our solar system, and peered through dusty clouds to see stars forming, such as in the Pillars of Creation.

To ask questions during the teleconference, media must RSVP no later than two hours before the event to Alise Fisher at: [email protected]. NASA’s media accreditation policy is available online.

Webb is an international partnership with ESA (European Space Agency) and CSA (Canadian Space Agency). The observatory launched Dec. 25, 2021, from Europe’s Spaceport in Kourou, French Guiana, followed by a months-long process to unfold into its final form in space and align its mirrors. In July, NASA and its partners released Webb’s first full-color images and the world’s most powerful space telescope began its official science mission.

For more information about the Webb mission, visit: