PARIS, June 4, 2021 The European Medicines Agency has issued a favourable opinion on the marketing authorisation application for OZAWADE™ (pitolisant), indicated in the treatment of excessive daytime sleepiness (EDS) associated with obstructive sleep apnoea in adults. 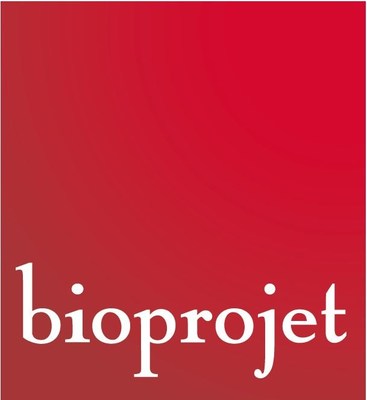 OZAWADE™ is indicated to improve wakefulness and reduce EDS in adult patients suffering from obstructive sleep apnoea (OSA) whose EDS has not been treated satisfactorily by a primary treatment for OSA, such as continuous positive pressure (CPP); it is also indicated for those who do not tolerate CPP.

Pitolisant is a histamine H3 receptor antagonist/inverse agonist discovered by Jean-Charles Schwartz, his collaborators at Inserm and Société Bioprojet de Paris, with the assistance of two European chemists (Walter Schunack at Berlin University and Robin Ganellin at University College London). By blocking histamine autoreceptors, it increases the activity of cerebral histamine neurons, a major wakefulness system with projections extending to the entire brain. Pitolisant also increases the release of acetylcholine, noradrenaline and dopamine in the brain. Pitolisant was already indicated in Europe and the United States for the treatment of EDS and cataplexy in narcolepsy patients.

The efficacy and safety of pitolisant in the treatment of EDS in patients suffering from OSA has been investigated in two phase III multicentre, randomised, double-blind, placebo-controlled clinical studies: HAROSA I and HAROSA II. In the first, patients were treated with CPP but still complained of EDS. In the second, patients did not tolerate the CPP treatment and suffered from EDS.

The two studies showed a significant improvement in the Epworth Sleepiness Scale score (ESS) in patients treated with pitolisant. No notable cardiovascular incidents or significant change in blood pressure and heart rate were observed.

According to various epidemiology studies, one billion people globally have OSA with significant consequences on global health and the functioning of various organs in particular[1]. Excessive daytime sleepiness is the symptom most often reported by patients. It is frequently associated with fatigue, awareness and concentration problems, irritability and symptoms of depression. The difficulties experienced by patients to cope with all the tasks of daily life have an impact on their quality of life and that of their family and friends, but also on the community (cost in terms of health, reduced productivity, increased risk of accidents)[2].

Bioprojet laboratory was formed in 1982 under the initiative of two researchers, Jeanne-Marie Lecomte and Jean-Charles Schwartz, in order to bring together academic research and commercial pharmaceutical development, a not very widespread practice at the time.

Bioprojet’s objective: lean on original fundamental research to design and develop medicines which, like pitolisant, would be the first of new therapeutic classes.

Bioprojet is based in seven European countries and its research centre designs and investigates a thousand new molecules every year.

This press release contains information from the summary of product characteristics (SPC) for OZAWADE™. This information is for health professionals. It is not to be considered as requests or the promotion of products when those activities are forbidden. Journalists are responsible for their distribution.